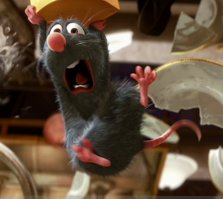 Now in its 61st year of screenings, the EIFF is the longest continuously running film festival in the world. It began in 1947 as a champion of documentary films and has expanded to include the full gamut of features, documentaries and short films.

Hannah McGill is marking her inaugural year as artistic director with an in-depth look at Cinema And The Written Word. The programme was announced on July 11 and includes an Anita Loos Retrospective, plus UK premieres of Ratatouille, Paranoid Park and Death Proof. The festival opens with David Mackenzie's latest film Hallam Foe, which was shot in the city, and closes with Julie Delpy's 2 Days In Paris.

Ian Curtis biopic Control - directed by Anton Corbijn - took home the Michael Powell award for Best New British Feature. It's star, Sam Riley, also won the PPG Award for Best Performance in a British Feature Film. Paul Taylor's heartwarming documentary about a South African orphanage, We Are Together, won the Audience Award, while the Best Documentary award went to Jennifer Venditti's Billy The Kid - a film about a boy with learning difficulties looking for love. The Skillset New Director's Award was won by Lucia Puenzo for her coming-of-age drama XXY.

Stardust
Fantasy epic about a boy who goes looking for a falling star.

Lynch (one)
An insight into the working life of cult film director David Lynch.

The Man From London
After witnessing a murder, a railway switchman makes a discovery which will change his life forever.

Once
Guy meets Girl and makes beautiful - and Oscar-winning - music with her.

WAZ
A detective caught in a battle of wits with a killer is forced to pay for his past failings.

Garbage Warrior
Maverick architect Michael Reynolds has spent years building eco-friendly ‘sustainable’ homes in New Mexico. Just as the state authorities crack down, a call for help comes from an island hit by the Asian Tsunami.

Ex Drummer
A group of punk misfits ask a famous novelist to join their band... despite the fact he can't play, only to find their plans spiralling out of control.

Children Of Glory
The Hungarian revolution as seen from the perspective of its water polo heroes.
A-Z of Edinburgh International Film Festival 2007 reviews >>>