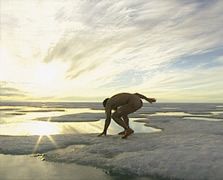 L.I.E.
A disaffected youth on Long Island becomes involved with a rich paedophile, after his father has been arrested for fraud.

Here To Where
Documentary (or mockumentary) about one man's life in an airport.

Rivers And Tides
A portrait of Scottish artist Andy Goldsworthy whose fleeting natural artworks have earned him international renown.

Rain
Coming-of-age tale set against the backdrop of a family holiday.

Left Turn
A woman gets more than she bargains for when she picks up an old lady hitchhiker.

Trouble Every Day
A tale of a depressive American doctor, honeymooning in Paris, and a nymphomaniac who eats men.

Dogtown And Z-Boys
Absorbing documentary about the birth of modern skateboarding, told by those who were there.