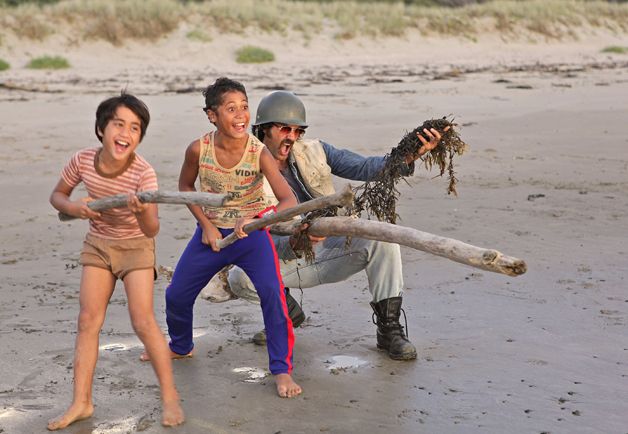 Combining a fascinating film selection with a collection of fashion, music and art based events bound to thrill visitors of all tastes, the 7th Glasgow Film Festival looks was what is known in local parlance as a stonker. Running fron 17 to 27 February, opened with the gala premiere of Gallic charmer Potiche, starring Catherine Deneuve and Gerard Depardieu, while its closing gala was swords and sandals spectacular The Eagle. Its retrospectives featured the wonderful Meryl Streep and dance sweetheart Ginger Rogers, with some fabulous treats from the archives.

There was also another great weekender from the popular Frightfest team, an exciting comics strand curated by star graphic novelist Mark Millar, and a series of workshops in which attendees could find out more about how the film industry works, or even try your hand at filmmaking themselves. All this plus an amazing shorts programme at the CCA and, in the run-up to the main festival, the Glasgow Youth Film Festival (6 to 16 February), which was packed with delights for children of all ages. Plus the inevitable parties.

Boy
A Boy and his brother find their fantasy version of their dad is somewhat different to the real deal.

Lord Of The Flies
A group a schoolboys stranded on an island quickly turn to savagery and fiercely hierarchical behaviour in this adaptation of William Golding's classic tale.

Poetry
A grandmother discovers poetry and begins to reassess the world around her.

Danger: Diabolik
An audacious, costumed thief seeks out new challenges despite knowing the authorities are out to capture him.

Tiny Furniture
A recent graduate returning to her hometown struggles to find direction in a family where everybody else seems brilliantly talented.

The Shrine
Three journalists find themselves in danger when on the trail of a cult which just might be practising human sacrifice.

Life, Above All
A 12-year-old girl struggles to protect her family as her stepfather descends into alcoholism and her mother becomes increasingly ill, in a small town full of prejudice and hostility.

First Night
A wealthy industrialist commissions a private production of Cosi Fan Tutte with an amateur cast whose complicated relationships mirror the themes of the opera itself.

13 Assassins
A retired samurai has to assemble a squad of assassins and set a town-sized trap.

In A Better World
Two children form a bond that could spell trouble.
A-Z of Glasgow Film Festival 2011 reviews >>>

Movies, music and mayhem
Luke Treadaway, Natalia Tena and Mat Baynton talk about filming You Instead.
Creating the Kingdom
Ben Mendelsohn talks about Animal Kingdom, manipulation and playing Rupert Murdoch.
A real chiller
Aleksei Popogrebsky on the filming of How I Ended This Summer
Submarine director on the rise
Richard Ayoade on his comedy film debut, the influence of Taxi Driver and why he's not a film buff.
The Eagle has landed
GFF Diary days 10 and 11: Agnosia, Frightfest, Anthony LaPaglia and The Eagle.
Glasgow Frightfest diary part two
Because you shouldn't trifle with a tramp and his rifle.
The time traveller's life
GGF Diary days 8 and 9: Frightfest, fashion shows, Goblin, Luke Treadaway and documentary delights.
Glasgow FrightFest diary part one
Little Deaths, I Saw The Devil and Machete Maidens Unleashed!
First time in the West
Andy DeEmmony and Aqib Khan talk about making their film debuts with East Is East sequel West Is West
Heroes and villains
GFF Diary Days 6 and 7: Mark Millar, Ken Loach, Harun Farocki and a second chance to kneel before Zod.
The revolution will not be subtitled
GFF Diary Days 4 and 5: Harry Shearer, the tingler, the short film awards and a trip to Mars.
A dream to some, a nightmare to others
GFF Diary days 2 and 3: 3D Werner Herzog, Richard Ayoade, violence in the Congo and monsters loose in the audience.
All that jazz
GFF Diary day 1: champagne, shampoo, François Ozon, and a look back at Youth.
A taste of Ginger
We profile dance legend Ginger Rogers as her top films screen again at the GFF.
Mad about Meryl
We profile the star in focus at this year's GFF