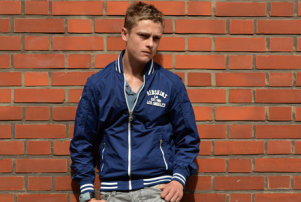 Cannes Film Festival opened, for only the second time in its history, with a film by a female director - Emmanuelle Bercot's Standing Tall. Public excitement, meanwhile, was in large part focused on the première of Mad Max: Fury Road. You can read what George Miller, Charlize Theron and Tom Hardy said about the film here.

The Palme d'Or went to Jacques Audiard for his drama Dheepan, while the Jury Prize went to The Lobster. Read more about the winners here.

The Little Prince
A girl's life is transformed when she learns the story of a pilot who once crashed in the desert and met a little boy from a distant planet.

Lamb
A boy's bond with his pet sheep strengthens after the loss of his mother... but trouble with his relatives brews.

Happy End
A black comedy animation about death with a happy ending.

Neither Heaven Nor Earth
French soldiers in Afghanistan are faced with unexpected circumstances.

Our Little Sister
Three sisters take their 15-year-old half sister into their home and hearts.

Journey To The Shore
A devoted wife lets her husband, who drowned at sea three years ago, take her on a journey.

Arabian Nights
Stories based on the 1001 Nights but transplanted to the present day. The film is split into three parts.

Ran
A warlord splits his kingdom between his sons only to see the older two cause chaos as they battle for supremacy in this vivid Japanese reworking of King Lear.

Valley Of Love
Two estranged parents are brought together by a request from their son who committed suicide.
A-Z of Cannes Film Festival 2015 reviews >>>

King of hearts
Maïwenn and Louis Garrel on strategy, truth, destructive love and My King.
The last waltz
Thomas Bidegain on the dynamics in Les Cowboys and more.
Waltzing with the West
Thomas Bidegain on Les Cowboys.
Friends, foes and lovers
Louis Garrel talks about his work on Two Friends and My King.
Tall order
Emmanuelle Bercot on Standing Tall and the kids who fall through the cracks.
Keeping score
Grégoire Hetzel on his compositions for Mathieu Amalric and Arnaud Desplechin.
Music of the ancestors
Atli Örvarsson on his family connection to Rams, a move to Europe and drawing on tradition.
Maiwenn on the rocky road of romance
Director talking relationships, falling in love, and passion.
When the signs and the stories are gone
László Nemes on organisation and chaos in Son Of Saul.
Still breathing
László Nemes on Auschwitz, language, religion and Son Of Saul.
Taking stock
Grímur Hákonarson on shooting Rams, running for the Oscars and Icelandic co-operation.
The Price Of Salt and Carol
Christine Vachon and Elizabeth Karlsen on Todd Haynes, Cate Blanchett and women in the Fifties.
Down to her last cigarette
Todd Haynes, Phyllis Nagy and Cate Blanchett on Carol.
Memories of Ingrid
Stig Björkman and Pia Lindström on family, dogs, home movies and Ingrid Bergman.
Picturing Ingrid
Stig Björkman and Stina Gardell on Ingrid Bergman: In Her Own Words
All about My Mother
Nanni Moretti on the Pope, Wings Of Desire and Mia Madre.
Clash of the titans through a lens
Rough ride for Oscar-nod documentary The Salt Of The Earth.
Keitel - a man for all seasons
Youth star Harvey on Sorrentino, Campion and Scorsese.
Exploring science
Marion Cotillard and Luc Jacquet on how film can promote understanding.
Visions of Antarctica
Luc Jacquet on Ice And The Sky, Wild-Touch and introducing young film-makers to nature.
A funny thing happened...
Lizzie Brown on Love Is Blind and an unexpected call from Cannes.
John Boorman in flashback
The director reflects on his career and his sequel to Hope And Glory.
The real world of Vincent Lindon
Cannes best actor on career and causes.
Back to the roots of Macbeth
Cotillard, Fassbender and Kurzel on the Scottish play.
McDormand’s rallying cry for women in film
Time to seize the moment - and stop complaining.
Coming soon - Cannes sex extravaganza
Love director Gaspar Noé reveals all in 3D.
Caine candid in Cannes
Youth star talks age and virility with Jane Fonda, Paolo Sorrentino, Paul Dano, Harvey Keitel and Rachel Weisz.
Family ties for Huppert and Byrne
Trier takes a bow in Cannes Competition.
Blanchett reveals naked truth
Cate and Carol co-star Rooney Mara on why nudity holds no fears.
The wit and wisdom of Woody in Cannes
Allen on moral crises, TV series, distractions and ageing in Irrational Man.
Mad Max roars into Cannes
Miller explains why it took him so long.