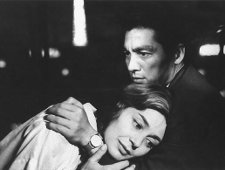 Hiroshima Mon Amour will show in tribute to Alain Resnais

The French Film Festival notches up its 22nd edition in 2014, expanding to new cities, including Newcastle's Tyneside Cinema and running from November 7 to December 7.

Among the highlights of this year's festival are a tribute to Alain Resnais, with his first and last features - Hiroshima Mon Amour and Life Of Riley - both showing. The Barbican in London will host a CineConcert event of Studies On Paris and there will also be a commemoration of the First World War Centenary, with films showing including Wooden Crosses and Life And Nothing But. A selection of short films will also screen.

Love At First Fight
Between his friends and the family business, Arnaud’s summer looks set to be a peaceful one. Peaceful until he runs into Madeleine, as beautiful as she is brusque.

Timbuktu
After a herdsman accidentally kills someone, he finds himself a victim of Sharia law fundamentalists.

Life Of Riley
A group of close friends discover that one of them only has a few months to live.

Ariane's Thread
A woman alone on her birthday heads for adventure in Marseille.

Belle And Sebastian
The adventures of a boy, his grand-dad and a runaway dog in the French Alps during the German occupation

Wolfy, The Incredible Secret
A young wolf and his best friend, a rabbit, go in search of his heritage in a country of carnivorous hunters

Going Away
A loner teacher finds his life changed by an encounter with a single mum.

In The Courtyard
Life, cracked ceilings, friendship and despondency in a Parisian apartment block

9 Month Stretch
The lady judge is guilty of sexual discrepancy but what has the most hated criminal in France got to do with it?
A-Z of French Film Festival 2014 reviews >>>