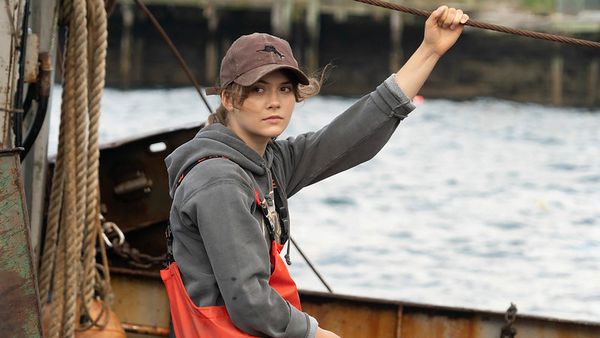 CODA was a prize winner

Due to the ongoing pandemic, the 2021 edition of Sundance largely ran as an online event, taking place over seven days from January 28 to February 3. You can read more about the winners here.

The Blazing World
Decades after the accidental drowning of her twin sister, a self-destructive young woman returns to her family home, finding herself drawn to an alternate dimension where her sister may still be alive.

Coming Home In The Dark
A family’s outing descends into terror when teacher Alan Hoaganraad, his wife Jill and stepsons Maika and Jordon explore an isolated coastline. An unexpected meeting with a pair of drifters, the enigmatic psychopath Mandrake and his accomplice Tubs, thrusts the family into a nightmare when they find themselves captured.

Pleasure
A 20-year-old woman moves from her small town in Sweden to LA for a shot at a career in the adult film industry.

Misha And The Wolves
A woman's Holocaust memoir takes the world by storm, but a fallout with her publisher-turned-detective reveals her story as an audacious deception created to hide a darker truth.

Knocking
When Molly moves into her new apartment after a tragic accident, a strange noise from upstairs begins to unnerve her. As its intensity grows, she confronts her neighbours – but no one seems to hear what she is hearing.

Censor
When film censor Enid discovers an eerie horror that speaks directly to her sister's mysterious disappearance, she resolves to unravel the puzzle behind the film and its enigmatic director – a quest blurring the lines between fiction and reality in terrifying ways.

Sabaya
With just a mobile phone and a gun, Mahmud, Ziyad and their group risk their lives trying to save Yazidi women and girls being held by ISIS as Sabaya (abducted sex slaves) in the most dangerous camp in the Middle East, Al-Hol in Syria.

John And The Hole
When a teenager finds a hole in the ground, he hatches a chilling plot.

Zola
A waitress goes on a pole dancing trip to Florida with a new found friend and gets a lot more than she bargained for.

Ailey
Alvin Ailey was a visionary artist who found salvation through dance. Told in his own words and through the creation of a dance inspired by his life, this immersive portrait follows a man who, when confronted by a world that refused to embrace him, determined to build one that would.
A-Z of Sundance Film Festival 2021 reviews >>>