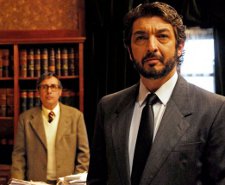 The Secret In Their Eyes

Manchester's ¡Viva! Festival returns to its normal spring slot with a celebration of Spanish and Latin American movies, showing in conjunction with theatrical performances. This year's festival includes a strand of films dedicated to Argentinian A-lister Ricardo Darín, including Oscar-winner The Secret In Their Eyes, including a talk on the actor and the resurgence of Argentinian cinema.

Gabor
The story of a friendship between Sebas and Gabor, a young filmmaker and a blind cinematographer.

Carmin Tropical
A trans woman returns to her hometown to investigate the murder of her oldest friend.

Ixcanul
Story of a teenage girl living in the foothills of a volcano, who faces an arranged marriage but is won over by the charms of a plantation worker.

Amama: When A Tree Falls
A family tale of conflict between the urban and rural worlds, past and present, parents and children.

To Kill A Man
A man is pushed to the limit by a thug who badly injures his son.

White Elephant
The story of the friendship between two priests who settle in a Buenos Aires slum area to carry out their ministry and social work.

Carancho
An ambulance-chasing lawyer forms a relationship with a young doctor.
A-Z of Viva 2016 reviews >>>