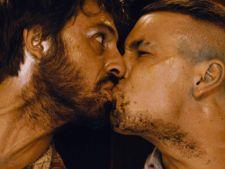 Viva Film Festival returns for its 20th year in 2014 - running from March 7 to 23 at the Cornerhouse Cinema in Manchester. The festival will open with Days Of Vinyl, a feel-good Argentinian comedy about four record-obsessed 30-somethings who gradually realise there might be more to life - with first-time director Gabriel Nesci flying over from Buenos Aires to present his film (as well as giving an exclusive Q&A on March 9).

The Delinquents
A gang of juvenile delinquents pool their resources to pay for one of their number to be put on the bill of a bull-fighting contest.

Tasting Menu
On closing night of an acclaimed restaurant, the lives of the final set of guests intertwine as the courses are served.

Bertsolari
A documentary about the art of improvised rhyming verse sung in the Basque tongue.

The Last Days
A couple of months after an epidemic has rendered most of the world's population agoraphobic, and scared to actual death if they go outside, Marc heads underground to make his way across Barcelona in search of his girlfriend.

Born Naked (MLB)
Documentary examining questions of gender, sexuality and identity for young lesbians in three of the most vibrant European cities: Madrid, London and Berlin.

Barefoot And In The Kitchen
The evolution of how women have been represented in Spanish cinema, from the 1930s to the present day.

Days Of Vinyl
Four friends consider their lives as one of them prepares to get married.

Witching And Bitching
When three men go on the run after a heist goes bad, they run into a coven of witches.

The Golden Dream
A group of Guatemalan teenagers tries to make it to the US.