Acclaimed Argentine director Pablo Trapero returns with this true-crime noir thriller focusing on a mob family operating in the nation’s post-junta era. This isn’t the first time Trapero has explored the darker side of his country and the long shadow cast by years of military rule; his previous films White Elephant and Carancho showcased a fascination with both the wafer-thin line between law and criminality and the far greater gap between the top tier and 99 per cent of society.

This film, which looks at the nature of evil and the true cost of family loyalty, mines the same territory and will inevitably get called the “Argentine Godfather”. That comparison is not entirely inaccurate given many of the plot beats here will seem very familiar to anyone acquainted with the genre: this is very much a “rise and fall” gangster story, with the required elements such as the chilling patriarch and his troubled heir all present and correct. But it is well-acted and darkly entertaining nonetheless.

The aforementioned gangster patriarch here is Arquimedes Puccio, who rules over his local turf in the traditional neighbourhood of San Isidro, Buenos Aires, at the start of the 1980s. The dictatorship has fallen and things are in flux, or so we are informed via some archival news footage. Arquimedes is played- very well it has to be said- by veteran actor Guillermo Francella (from Oscar-winning The Secret InTheir Eyes), whose piercing blue eyes and pale face make him look a bit like Data the android from Star Trek: The Next Generation. Early on in the story it becomes clear that in the dictatorship era he – and presumably many others mobsters – enjoyed special access to the elites. One of the first shots we see is of him shaking hands with various bigwigs at what looks like a meeting of military and political leaders. Later on, we see him brazenly walk into a military prison, fake ID casually in hand, to interrogate an old army associate who has fallen foul of the new regime’s desire to clean up its act. Arquimedes' imprisoned friend sneers that things will soon be back to normal and he should continue business as usual, with just a few changes.

Business as usual for Arquimedes involves, behind the respectable façade of a well-to-do family living above a surf shop, kidnapping his wealthy neighbours for ransom and holding them in the basement. In one neat bit of misdirection, Trapero reveals that Arquimedes’ eldest son, the handsome star rugby player Alejandro (Peter Lanzani), is in on the whole scheme. In fact, Alejandro is helping his father identify possible targets, using his fame and popularity in the region’s league tables to avoid suspicion and mingle with the kinds of targets they want. The grubby, grisly details of Arquimedes’s schemes are grimly fascinating and often provide a lot of tension, with Trapero showcasing just how low-rent this all is.

Whereas Don Corleone in The Godfather was always dressed immaculately and hosted lavish dinners, barely speaking openly of the crimes committed in his name, Arquimedes doesn’t seem to have enough minions to avoid having to do a lot of the dirty work himself. Much of his time seems to be spent shoving quarters into coin slots in various run-down phone boxes, haranguing the families of his prisoners over the line. He mixes with the kinds of elites that Corleone would have courted, but dresses like the slob Tony Soprano (albeit with much more care for the domestic chores of the family home). Drive-by grabs of the targets are often messy, and all end in bullets in the head by a river. Eerily, the family’s daily life is increasingly shown to be disrupted by the plaintive cries of the captives down in the basement - something that is starting to undermine their unity, now that all the children are old enough to understand what is going on.

If you have seen a gangster film before you won’t be terribly surprised to see where the story goes, though it has the courage of its convictions to see things through to the dispiriting conclusion, which presumably follows the real-life case. The blurring of the line between family life and criminality starts to tear at the nerves. Alejandro grows increasingly uneasy at the amoral activities he witnesses and partakes in, not least of all because all of Puccio’s kidnapping victims are, in fact, killed rather than released after the ransom has been collected. Puccio threatens and cajoles his son with appeals to loyalty against outsiders, as his will weakens. The police draw closer, while high-up allies in the political and military food chains start to back away.

The film is briskly paced, infused with energy and the backdrop remains interesting. The 80s setting is well-realizsed, with even a few throwaway lines of dialogue suggesting the damage done to the nation’s psyche by years of military rule and official sanction of mobs. When one of Alejandro’s teammate friends is kidnapped - with his connivance - all the talk in the locker room the day after is of how the military might be responsible. A dark tale from a dark time. 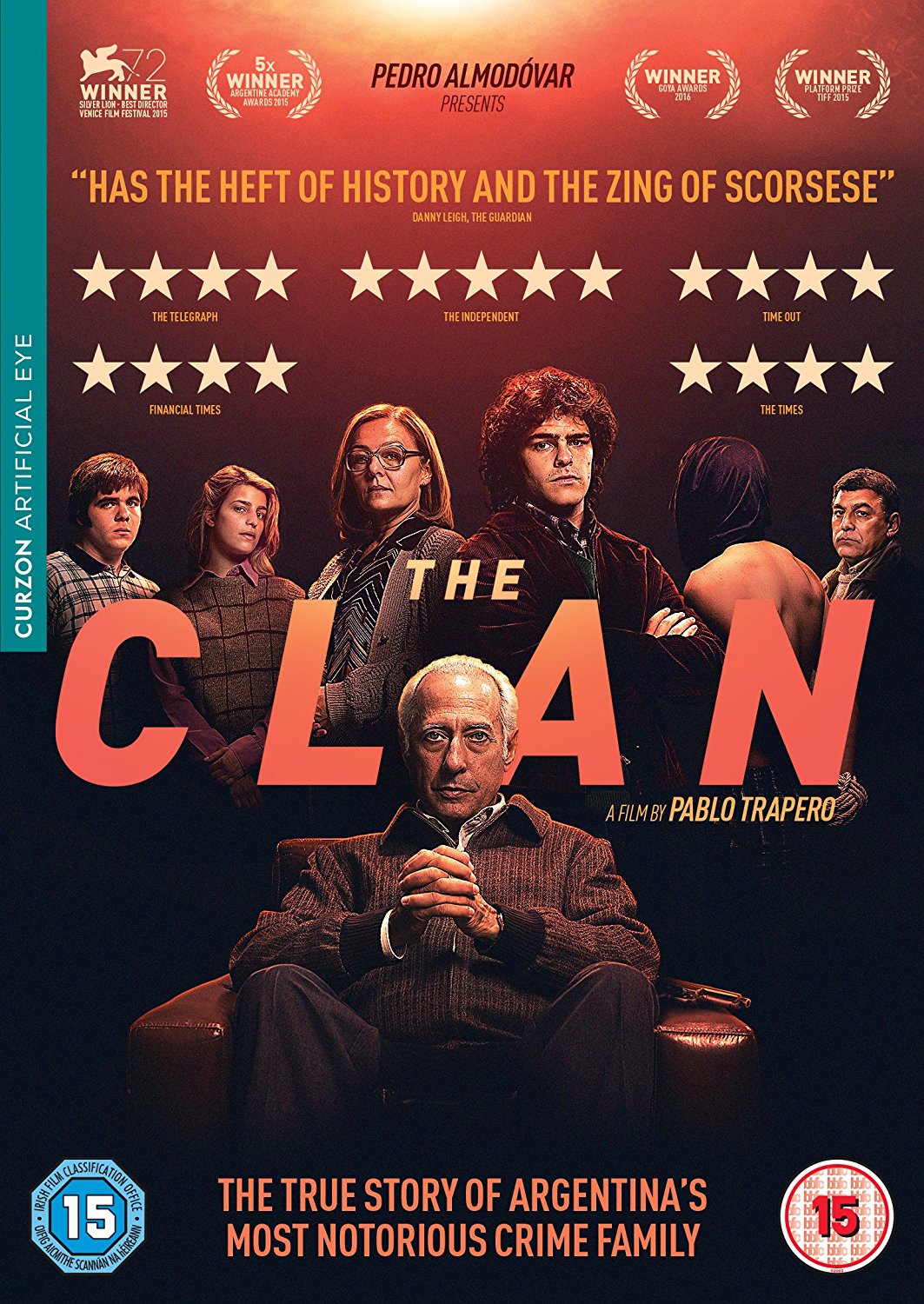 The true story of the Puccio Clan. A family who kidnapped and killed people in the 80s.