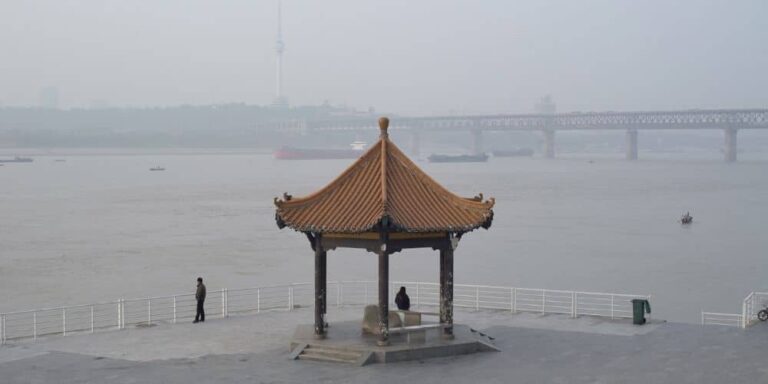 The 59th edition of NYFF will run from September 24 to October 10 and will feature in-person screenings, as well as select outdoor and virtual events. The festival will open with The Tragedy Of Macbeth and close with Parallel Mothers.

Il Buco
Drama based on the true adventures of a group of young speleologists who in 1961 descended into a hole in the mountains of Calabria to explore what was then the third-deepest known cave on Earth.

Vortex
Drama focused on a handful of dark days in the lives of an elderly couple in Paris.

The Tale Of King Crab
Italy, today. Some elderly hunters reminisce about the tale of Luciano - a drunk who locks horns with the head of the region over right of passage and is later exiled.

Neptune Frost
The love story between an African intersex runaway and a coltan miner, and the virtual marvel born as a result of their union.

Red Rocket
A washed-up ex-porn star tries to get his life back together in his hometown, sparking trouble for those in his orbit.

Bergman Island
An American filmmaking couple retreat to the island for the summer to write screenplays for their upcoming films in an act of pilgrimage to the place that inspired Bergman. As the summer and their screenplays advance, the lines between reality and fiction start to blur against the backdrop of the island's wild landscape.

Belle
The story of a shy teenager who becomes an online sensation as a princess of pop.

The Souvenir: Part II
In the aftermath of her tumultuous relationship with a charismatic and manipulative older man, Julie begins to untangle her fraught love for him in making her graduation film, sorting fact from his elaborately constructed fiction.

The Worst Person In The World
Four years in the life of Julie, a young woman who navigates the troubled waters of her love life and struggles to find her career path, leading her to take a realistic look at who she really is.

Parallel Mothers
Two women, a generation apart, find themselves inextricably linked by their brief time together in a maternity ward, bound by a secret with ties to a deep trauma in Spanish history.
A-Z of New York Film Festival 2021 reviews >>>

Noé’s close encounter with mortality
Change of pace for renegade director in tandem with Argento
Bringing Dune to life
Donald Mowat on the make-up that has earned him an Oscar nomination
Jude Uncovered!
An almost complete A to Z to Bad Luck Banging Or Loony Porn
Beauty is where we are
Bruno Dumont on France, Charles Péguy, composer Christophe and going into space
Visited by the story
Claire Simon on the I Want to Talk About Duras stars, Yann Andréa, and Marguerite Duras
Ideas create the aesthetic
Ed Lachman on Todd Haynes, Christine Vachon, and shooting interviews for The Velvet Underground
The past into the future
Alexandre Koberidze on the score, storyboards and the framing in What Do We See When We Look At The Sky?
Making space for magic
Alexandre Koberidze on folktales and What Do We See When We Look At The Sky?
Orchestrated chaos
Silvan Zürcher and Ramon Zürcher on fairy tales and The Girl And The Spider
A participant observer
Ed Lachman on Songs For Drella, Lou Reed, John Cale, and The Velvet Underground
59th New York Film Festival early bird highlights
Futura, Jane By Charlotte, James Baldwin: From Another Place and The Velvet Underground
'I’m always amazed people are shocked by sex in movies'
Benedetta director Paul Verhoeven on religion, nudity, and sexuality
Team Tilda make a splash
Mother and daughter reunion for a Cannes ovation
On the threshold
Laura Dern, Joyce Chopra and Joyce Carol Oates on Smooth Talk
Dressing up
Joanna Hogg, Tilda Swinton and Honor Swinton Byrne on the costumes in The Souvenir
Reinventing herself
Mia Hansen-Løve on Bergman Island, ghosts and Maya