The UK Green film festival launches in Glasgow as the industry begins to make changes. 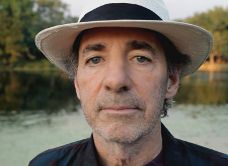 With screenings in London, Glasgow, Cardiff, Leicester and Leeds, the first ever UK Green Film Festival marks a new way of looking at cinema. Not only does it offer the chance to see some great films about green issues, it gives its host cinemas the chance to show off their own green innovations and it gives viewers the chance to find out more about how the film industry is embracing an environmentalist agenda.

“We have to constantly re-evaluate what we mean by green,” said Scottish Green Part co-convenor Patrick Harvie MSP, speaking at the Glasgow launch. “We have to do that in film, in art, and in our general expression. There are issues to do with how we generate energy, of course, and how we deal with waste; but there are also issues to do with communities and with the economic power relationships between those communities and big business... Going green isn't just about sticking up a few windmills. It's a much broader agenda for the whole world.”

Harvie stressed that the films in this festival are a varied lot and that they are as much about hope as about the problems with the world today. As the festival opened with a screening of Harry Shearer's acclaimed documentary The Big Uneasy, he explained “I was in New Orleans last summer and what struck me about the people there was that they have a really resilient spirit... Being green is partly about how we can be resilient, not just in the face of natural disasters but in relation to what we are doing to the planet ourselves.”

The Big Uneasy, in fact, gives the impression that the flooding of New Orleans by hurricane Katrina in 2005 was anything but a natural disaster, pointing the finger squarely at mistakes made by the US Army Corps of Engineers. It's a controversial point but well substantiated, in common with many of the arguments put forward by the documentaries in this festival. Can we really help to stop climate change by changing how we eat? Yes, and we can dramatically improve our health into the bargain, argues Planeat – but it's the really delicious looking food that's likely to get viewers hooked. Can we ever find a suitable way of dealing with nuclear waste? Into Eternity doesn't have any easy answers, but it asks some astute questions. Meanwhile, for those who prefer drama, there are vivid visions of the future courtesy of features like WALL-E, Silent Running and Soylent Green.

“Concerns around the environment and sustainability are increasingly moving from being a minority issue to much more of a mainstream interest. We want to do whatever we can to raise awareness of these issues and are conscious that people want to know what they can do in their own lives to make a difference ,” said festival director Chris Brown. And cinemas are also doing their bit. The Glasgow Film Theatre is working with local cooperative Green City Wholefoods to ensure all the food it serves is ethically sourced and, where possible, comes from local producers. It has changed its toilets and lighting, but a lot of the changes it has made are more minor – just things like making sure unnecessary lights are turned off. Tightening up the way things are run like this can save money as well as natural resources, so however you look at it, it's good for business.

A similar approach is being taken at the production end of the industry, with companies increasingly signing up to try and reduce the environmental impact of their projects. This begins with working out the carbon footprint of each individual film and then looking at the various ways it can be reduced – largely through reducing waste and recycling leftover materials. Innovative technology also plays a part, with the shift to digital enabling major savings and the lower power demands of newer model cameras and lights often helping. Old fashioned film lights are gradually being replaced by diode banks which use LEDs to produce high intensity illumination in easily varied colours with much less energy required. Many cinematographers also find them easier to work with because they run cooler. They're generally safer and, unlike old fashioned film lights, they have the advantage of practically never exploding.

Want to do your bit too? Besides enjoying the films at the festival, you can go along to additional educational (and fun) events at participating cinemas. These are mostly free and there are things to do for both children and adults. The festival, which features 31 films in all, runs until 22 May.

The Street A Son James Vs His Future Self In The Quarry The Golden Harvest Three Summers Those That, At A Distance, Resemble Another Paradise The Perfect Candidate Resistance Fire Will Come System Crasher Ecstasy Vivarium The Truth 1982 Dogs Don't Wear Pants Human Capital The Other Lamb The Dog Doc