We look back on the life of the man who was once the voice of youth. 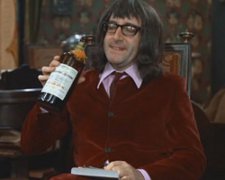 Once upon a time, back in the days when London was swinging, there was a director called Clive Donner whose unique voice captured the spirit of the age. Like John Hughes two decades later, but with a distinctly darker edge, he talked about disaffection, counterculture and angry young men before they were a part of mainstream discourse. With films like Some People and Nothing But The Best, he celebrated the edginess and awkwardness and vitality of youth, posing a challenge to the society he saw around him.

Donner was, of course, part of a powerful group of writers and artists emerging at the time. A close friend of surrealist playwright Harold Pinter, he fought against the odds to bring Pinter's The Caretaker to the big screen. Depicting the fragile relationships between two brothers and the stranger who enters their home, it's typically uncomfortable Pinter work, but Donner's direction gave it a menacing quality all his own.

Born in West Hampstead in 1926, Donner was a Londoner through and through. The character of London came through clearly in much of his work, even early sentimental films like Heart Of A Child. He achieved international fame when he worked with Woody Allen on sex comedy What's New, Pussycat?, returning to the theme of irresolute men damaged by opportunity as by the lack of it. More playful than many of his other efforts, the film enjoyed considerable success, though it has not earned a lasting reputation in the Allen canon.

Donner also ventured into historical film with Alfred The Great and, later, television remakes of The Thief of Baghdad and The Scarlet Pimpernel. His last film was historical romance Stealing Heaven, based on the true story of Abelard and Heloïse. In his own life he enjoyed romance with costume designer Jocelyn Rickards, who died five years ago. After her death, he gradually succumbed to Alzheimer's disease. He died yesterday, at the age of 84, in his beloved London.

What would Clive Donner want to be remembered for? In his time he was not only a great filmmaker, he was a great mover and shaker within the film industry, counting people like Elizabeth Taylor and Noel Coward among his close friends. He worked hard to help promising actors to develop their careers and was instrumental in the success of stars like Ian McKellen and Alan Bates. Perhaps their work, too, should be considered a part of his legacy.