Eye For Film >> Features >> Ilmar Raag talks about his career

Ilmar Raag talks about his career

The acclaimed director of The Class discusses the challenges he has faced and how his work has been received at home in Estonia. 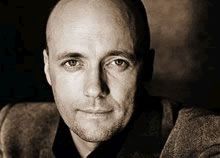 One of the most important voices in modern Estonian cinema, Ilmar Raag is well known as a writer, director and commentator. As his success at film festivals begins to bring him to the attention of fresh audiences, the time seems ripe to look back at his work and at his unusual career path. I caught up with him in the elegant surroundings of a hotel in Glasgow's west end to ask how it all came about.

"From the very beginning I was involved in the creative side of things," says Ilmar, a softly spoken but intense man who comes across as unusually alert to the world around him. "The only problem I had was that, on finishing university, I thought that I needed to earn some money. Maybe this was a mistake. When I finished my studies in France and went back to Estonia, the easiest thing for me to do was to start as a film journalist. The same thing happened when I came back from my studies in the United States."

Ilmar's degree from the US is in screenwriting. It's clear that, no matter how he approached his career, his passion for film was always with him.

"I didn't have any pennies in my pocket," he explains, "and no hope of earning a living with creative things. So I accepted work as a journalist and became head of the acquisitions department [at Estonian National Television] because it was interesting. My job was to look for film, watch them, and then engage in bargaining over prices. Then I became the programme director there. The only problem with this line of work was that I couldn't do anything myself. I was giving out money to other people so they could make programmes, so I couldn't give money to myself. I think this was the main reason why I finally decided to quit my job there."

I ask if these early career experiences helped when it he began to make his own films.

"Yes," he says. "I learned how to produce films, and I think this is a very important thing for every writer or film director. Everywhere in the industry, especially in independent film, I see people who fail to understand what the producer does. There is a huge mistrust between film directors and producers. Producers are seen as those fat, evil guys who are trying to get all the money. Film directors just don't trust them. My point of view is that I would never work with a film producer who wouldn't be first my friend and secondly my partner. This is the main thing I learned in television."

Ilmar has said in the past that if he wasn't involved in making films, he would probably be a writer. I ask if, when it comes to writing films, it helps him to know what other people's roles in working with them involve.

Again, he agrees. "It gives you some kind of reality check," he says. "You know what the real possibilities of your text are. Often what I see is that creative people do something and are then very unhappy when they see that the audience don't react in the way they'd hoped. In television this can be very cruel, but you start to see what effect certain kinds of ideas will have on certain kinds of audiences. When I write something, even if I hope that everybody will love it, in reality I know that there is potentially only a fixed number of people who could be interested in it."

I suggest that his first feature-length film as a director, August 1991, probably interested a large audience within Estonia because it was of so much national importance, documenting as it did what happened when Soviet tanks rolled into the streets of the capital, Tallinn.

"August 1991 was a television film, which meant that it couldn't be a huge success," he cautions. "But at the same time, I was very happy with the audience reaction. I knew that the problem was that we didn't have any films dealing with the big narrative of the events on that date. It meant that people had different memories and feelings about those things. When I created a film that says 'Okay, it was this way,' obviously there were some people, in both wings of political life, who said 'No, no, it wasn't at all like that. Why didn't you talk about that political leader?', or 'You've made us look ridiculous'. The film had good ratings on the television and it triggered discussion - people talked about it. But in the end, I felt that I could do a lot more. I was happy that I'd had the chance to deal with that subject, and I was happy that it created some kind of discussion, but in the end, I could have made a better film."

I note that most of Eye For Film's readers are likely to be familiar with Ilmar's work because of the success of his 2007 film The Class. Telling the story of two boys who eventually seek revenge after being hideously bullied at school, it was inspired by the Columbine massacre in the US, but what was it about that event that had such a profound effect on him?

He pauses, steepling his fingers. "In the beginning, there were some personal memories. I basically think that schools are the same everywhere, and they have been the same always. So I remembered some bullying cases from my own school time. I wasn't the victim, but I saw it happen in my own class. I remember the feeling that it was unfair, but I also felt ashamed because I didn't interfere."

I ask if making this film was his way of interfering later on.

"Yes, well, absolutely. I think this film was an attempt to compensate for my unethical behaviour in my youth. But then, also, there were some moments in the schoolyard when older, bigger boys just kicked me, without any reason. For them, it was fun just to see if they could punch me or something like that. And - and this is important - I remember I was thinking of how strongly I was going to avenge myself. I made a detailed plan of how I could kill them. And I guess that this kind of injustice has created a similar reaction in the heads of many other young people in schools. Then later, when I was doing my compulsory military service in the Soviet army, I saw how people who were pushed into a corner and couldn't get away from injustice were starting to react, and when I was studying in the United States it was exactly the time of the Columbine school shooting, and I heard another version of the event. In the American media, in the beginning, everything was clear: that the two boys who had killed so many others in the school could not be normal people - they must be crazy, pathologically mad, just monstrous. The media didn't ask the question 'why? ' And I heard - maybe this is wrong, but I heard that when those boys went into the school, they didn't shoot other students randomly. They had their own targets. This means that there was some prequel, some story before they went to the school, and I felt that it's important to ask the question 'what happened before?'"

I nod, and confirm that I heard the same thing. In fact, I've read accounts of the shooting by young people who were there and marvelled that they were ignored by the boys.

"Later, in Estonia, we had a school shooting, and in Finland, our neighbouring country," he continues. "In both cases, the police found out that those guys felt isolated. They felt not exactly that they had been victims, but that they had been outcasts. Any time when people start to do these kinds of irrational things, then, in a way, we are all to be blamed for not noticing this development earlier."

I ask if he thinks that's why society is nervous about asking difficult questions or considering the motives of school shooters, because it might require facing up to its own guilt.

"Yes; and it is also quite difficult to notice what's going on around you. It's important to note that in almost all cases of school shootings, all over the world, the shooters have killed themselves afterwards, which means they were not doing it just to show off their aggression, they have decided to die, and obviously we need to ask why. Quite often, with suicides, when it happens people will say later 'Ah yes, I remember he was kind of strange lately'. So look around you now, at the strange people, and ask what they are really thinking about."

I ask if he had trouble getting backing for the film because it dealt with such a controversial subject.

He smiles. "Happily for me, the budget for The Class was very, very small. I would say it was about £100,000. This meant that it was much easier. I wrote the film very quickly, with the help of my young actors, and then we were almost immediately ready to go and shoot the film. It was almost too quick for anybody else to react. Today, when I'm working on my new films, I see how a bigger budget will slow down everything and people will start to hesitate. They'll say they like the initial idea, but... And then there are endless discussions. So I guess I have been happy to do things more quickly."

On that note, I ask him what he's working on currently.

"Yes. Now I have got the taste for film-making," he declares. "I understand that this is a pure pleasure and privilege. I'm currently preparing to shoot a film in Paris, but I understand now that you should always be preparing to shoot one film and, at the same time, writing the film after that - and, probably, promoting the film that you have just finished. So, at any given time, at least three films should be at some stage of work."

A couple of days later I bump into Ilmar again at a screening of August 1991 where he's giving a talk. He says he hasn't watched the film for four years, and plainly enjoys doing so again. Seeing what he achieved with such a low budget, I'm impressed - but perhaps the most intriguing thing about this quietly passionate director is the sense that his best work is yet to come.

The Harder They Fall Memory Box Tantura Nightmare Alley The 355 Deerwoods Deathtrap First Date Memoria Seance Scream The Runner Prayers For The Stolen Day Of Rage: How Trump Supporters Took The US Capitol Belfast A Cop Movie Huella Eagles Luca The Tender Bar Being The Ricardos