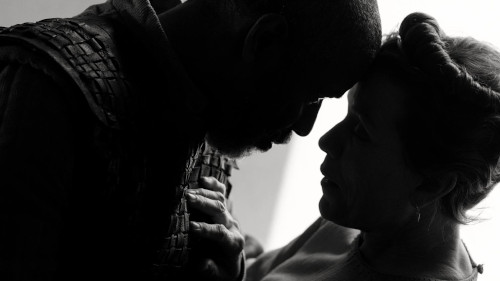 The Tragedy Of Macbeth

This year's edition of the festival will run as a hybrid event, featuring in person screenings and online from October 6 to 17. Several of the films will also be simultaneously screened at partner venues elsewhere in the UK. The festival will open with The Harder They Fall and close with Macbeth.

A Tale Of Love And Desire
Ahmed’s world is thrown off-balance when he encounters Farah, newly-arrived from Tunis, who challenges everything he thought he knew.

Little Palestine (Diary Of A Siege)
Documentary about the siege at Yarmouk refugee camp in Damascus, Syria.

The Good Boss
Trouble brews at a factory after a boss finds himself in line for an award for excellence.

Boiling Point
The shift has hardly begun for head chef Andy and he’s already behind with everything. His restaurant is overbooked, there’s a disgruntled inspector combing the kitchen and, if that weren’t enough, a culinary icon and a respected food critic have turned up for dinner.

Mothering Sunday
A maid living in post-World War I England secretly plans to meet with the man she loves before he leaves to marry another woman.

Compartment No 6
A young Finnish woman escapes an enigmatic love affair in Moscow by boarding a train to the arctic port of Murmansk, but is forced to share the long ride and a tiny sleeping car with a Russian miner.

Red Rocket
A washed-up ex-porn star tries to get his life back together in his hometown, sparking trouble for those in his orbit.

Bergman Island
An American filmmaking couple retreat to the island for the summer to write screenplays for their upcoming films in an act of pilgrimage to the place that inspired Bergman. As the summer and their screenplays advance, the lines between reality and fiction start to blur against the backdrop of the island's wild landscape.

The Gravedigger's Wife
A gravedigger finds himself up against it as he tries to get the cash together to help his gravely ill wife get medical treatment.
A-Z of London Film Festival 2021 reviews >>>

On the crest of a wave
Martyn Robertson on Ride The Wave and surfing star Ben Larg
Hollowed out
Ruth Paxton on neatness, food, a pervading sense of dread, and A Banquet
The possibility of games
Andreas Fontana on Howard Hawks, Jorge Luis Borges and Azor
Jude Uncovered!
An almost complete A to Z to Bad Luck Banging Or Loony Porn
From saving goals to shooting film
Icelandic goalie Hannes Þór Halldórsson on his movie debut Cop Secret
Ideas create the aesthetic
Ed Lachman on Todd Haynes, Christine Vachon, and shooting interviews for The Velvet Underground
Secret plan
Cop Secret writers and stars on how a comedy trailer turned into an action movie
Making space for magic
Alexandre Koberidze on folktales and What Do We See When We Look At The Sky?
A participant observer
Ed Lachman on Songs For Drella, Lou Reed, John Cale, and The Velvet Underground
'I’m always amazed people are shocked by sex in movies'
Benedetta director Paul Verhoeven on religion, nudity, and sexuality
Team Tilda make a splash
Mother and daughter reunion for a Cannes ovation
Fishing for truth
Luzzu director Alex Camilleri on the casting and shooting of his debut
Reinventing herself
Mia Hansen-Løve on Bergman Island, ghosts and Maya