Eye For Film >> Features >> Mark Hartley talks Not Quite Hollywood

Mark Hartley talks Not Quite Hollywood

The Australian director on the neglected history of exploitation cinema. 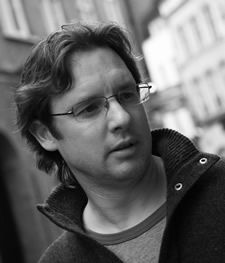 Not Quite Hollywood is not quite your average documentary. Exploring the fascinating subject of Aussie exploitation movies, it's full of wild stories and thrilling clips - tales of car chases performed on public highways, stuntmen setting movie stars on fire, and comedy that most definitely wasn't politically correct. I loved it, so I was pleased to get the chance to chat to its director, Mark Hartley, and ask him if he had as much fun making it as I had watching it.

"It was slightly stressful making it, I have to say," Mark admits. "If we were going to do it again I think we'd do everything differently. But it's amazing how blessed it was in terms of the number of people who wanted to be involved, and how lucky we were with its release, and the really positive response it's got. There was a lot of goodwill towards the project that I hadn't seen with others."

I ask how he found so many people to participate - there must have been 20 or more, including some fairly big name stars.

"I think we had the novelty of the fact that no one had ever asked these people to talk about that period of their lives before," he says. "Before we made the documentary we got a lot of negative response along the lines of 'Who on Earth is actually going to want to talk to you about these films?' And we found the answer was pretty much everyone! There were very few people - a couple at the most - that said no to us. I was pretty amazed sitting there opposite people like Dennis Hopper and Jamie Lee Curtis, [actor]George Lazenby[/actor] and Susannah York, with them just happily talking about this period that most people would assume would be embarrassing to them."

I ask if anyone he spoke to about the film turned him down.

"Steve Railsback, star of Turkey Shoot, wasn't that happy with how that film ended up. He thought it ruined his career at that point. He'd just played a stuntman and had been in Helter Skelter, the huge TV movie, and was on the brink of being a huge star. Turkey Shoot certainly didn't help him." He laughs. "So I think he was the only one, really, who was upset about his time in Australia making these films. We had a screenings at the American Film Institute late last year and Steve turned up, and it was the first time he'd seen the director and producer of Turkey Shoot since filming that - it was good that he was still bitter!"

Did the Americans involved in the films generally have a different attitude from the Australians?

"I don't want to make us sound like we're the greatest fun-loving country in the world," says Mark, carefully, "but I think that Americans who come and make films in Australia do get swept up in the spirit of Australian film-making. In those days I think there was a real energy, a devil-may-care, can-do kind of attitude. Hopefully that comes across in the doco to some extent."

I concur - it's certainly true as far as I'm concerned.

"I think those people really enjoyed making films where there wasn't a strict regime like there was in America," he continues. "It was very much a communal kind of film-making back then."

So how did he become involved with the project himself?

"I saw a lot of these films on telly when I was a kid, and on VHS, and I knew the director Richard Franklin when I was about 15. I'd gone to read about Richard and couldn't find anything about him in any books on Australian film. Subsequently I wanted to read about these films that I'd seen on late night television and they weren't mentioned either. I realised that there was a hidden history of Australian film that had never really been documented. It had just been ignored. If anything did remain it was just the critical lambasting these films got.

"I thought the critical reaction was very different to the audience's reaction and the cast and crew's reaction to the films. I thought that there were a bunch of film makers in Australia who were just as talented in terms of film craft as our more lauded film makers, but because they chose to work in genre they never really got any respect. In a way this doco was there to shine a spotlight on those guys. Hopefully it'll also let people rediscover some films. It's interesting - there aren't many areas of film that haven't been explored in documentaries. This is kind of the last bastion. In a way it's an industry that no-one knows anything about. So it was good to be able to tell that story."

I ask what the state of genre film is in Australia today, and if new technologies like DV, widely seen as democratising the film industry, have led to a revival of this type of film-making.

"There was a resurgence because of Wolf Creek," Mark says. "It made a lot of money in Australia. And so funding bodies once again decided it was worth investing in genre films. Up until then there'd been no genre films made in about 20 years. But I wouldn't say that the resurgence is full blown and it certainly doesn't cross all genres. It's mainly just low-budget horror films that are getting made. With the exception of Wolf Creek they haven't really connected with audiences in Australia either. It'd be good if we had a few more hits."

Recently I heard that the next Mad Max film is likely to be animated. I ask Mark whether he thinks that this will take the edge off it. Is part of the appeal of films like those in Not Quite Hollywood the knowledge that the stunts in them were real, with real risks taken by those involved?

Mark says he hasn't heard this bit of news. "It seems to me that that would sap all the life out of it," he says. "The appeal of a Mad Max film is the derring-do of the stuntmen. That was the great thing about not just Mad Max but films like The Man From Hong Kong and Stone and those films made in Australia - you really did know that people were risking their lives making them, and that was part of the buzz of watching them.

"People knew what they wanted to get onscreen and it didn't matter how they did it. As John Seale says in the film, if you hit someone with a car you didn't rush them to the hospital, you ran over and gave them a beer and said 'When we do the second take, stand a little bit further away from the car.' That was just how it was. It was only after people got killed on shoots in Australia that people started thinking, well, maybe we shouldn't be doing all this!" He laughs.

"I think that CG has taken a lot of excitement out of films. It's like how back in the old Ray Harryhausen days when you went to see stop-motion animation, even when it looked clunky you knew how much work had gone into it frame by frame. I think it's the same with stunt work. No matter how whiz-bang CG looks, there's a sense that it's not real. When you're watching those Australian action films you are very aware that everything is real."

It strikes me that working under those conditions also made film-makers more inventive. Mark agrees.

"I think people thought about how they could do things and tried not to get hurt. You don't think about that now, you just think, okay, we'll stick a guy in front of a green screen and then let the special effects guys work out the rest. In Australia we didn't have an industry, we'd never made these kind of films before, so we were inventing this kind of filmmaking in Australia from the ground up. There were no rule books, just suck it and see. So there was a large amount of invention involved."

The big question everybody seems to have after watching Not Quite Hollywood is where can they get hold of some of these amazing films. I ask Mark if he has any tips.

"A few of the key titles have come out on DVD in the UK," he advises. "Certainly they have in Australia. Try Optimum or Brit Films. The good thing about this doco is that people now have an excuse to go and see the films. They're out there and now they have an excuse to find them. I don't think Not Quite Hollywood pretends that all these films are great, to be honest! But hopefully when you're watching it you can tell which are the good ones and which are the bad ones. Hopefully people will seek out the good ones, and if they find the bad ones they'll enjoy them for very different reasons."

So what about Mark himself? What are his plans for the future? Unsurprisingly, having become involved with this kind of film, he's not about to give it up.

"One of the people featured in the doco is a guy called Tony Ginnane. He made a film called Patrick, about a comatose killer. We're trying to organise a remake of that."

Not Quite Hollywood is currently screening as part of the London Australian Film Festival, and will be released on DVD on March 30.
Share this with others on...

The White Tiger Baby Done The Exception One Night In Miami Bienvenida A Nueva York Savage Ten Minutes To Midnight Boys State Personhood The Wasteland Hillbilly Elegy MLK/FBI Made In Italy Turned The Bloodhound The Pyramids Of Egypt The Wolf House Film About A Father Who The Trial of the Chicago 7 Dear Comrades!