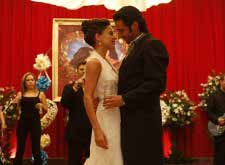 Now in its 16th year, the Viva Spanish and Latin American Film Festival celebrates the best of the current crop of Spanish language films.

The festival kicks off at Manchester's Cornerhouse on March 6, with Solo Quiero Caminar (Just Walking).

Little Indi
Living on the outskirts of Barcelona, Arnau raises a menagerie of songbirds and tries to accumulate the funds to hire a lawyer for his imprisoned mother.

Plan B
When a man is dumped by his girlfriend, he determines to win her back... even if he has to get her new man out of the way.

The Shame
A couple on the brink of adoption, find themselves in crisis.

The Milk Of Sorrow
Examination of Peru's dark history refracted through the story of a woman struck with an illness from her mother's breast milk.

Lion's Den
Waking covered in blood in an apartment where one man is dead and another badly injured, with little memory and no alibi, a pregnant woman must learn to deal with imprisonment.

Gigante
A store security guard becomes obssessed with a cleaner.

Just Walking
An ex-con plans to get her own back on her thug of a husband by ripping him off.

Behind the Milk Of Sorrow
Claudia Llosa talks about Peru's history and the themes in her magic realist Golden Bear winning film.