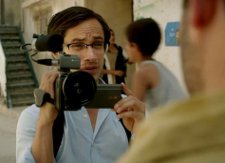 Now in its 19th year, it brings together documentary and fiction films with the intention of galvanising those who watch them to join those taking action against injustices many face every day.

This year's London arm of the festival will run from March 18 to 27 at the Barbican, Curzon Soho and Ritzy Picturehouse. The gala benefit is at the British Museum. The festival will include live music performances following screenings of Beats of the Antonov and No Land’s Song and a Guardian Masterclass focusing on human rights reporting and digital storytelling. The opening night film (on March 19) will be The Yes Men are Revolting, attended by Laura Nix and the Yes Men.

(T)error
The first film to document on camera a covert counterterrorism sting as it unfolds.

3½ Minutes, Ten Bullets
Documentary about the trial of Michael Dunn, who shot an unarmed teenager and claimed a 'stand your ground' defence.

Cartel Land
Vigilantes on both sides of the Mexican Border with the US take on the drug cartels.

The Look Of Silence
Consideration of Indonesian genocide.

Democrats
Documentary tracks power brokers in Zimbabwe who are trying to compose a new constitution.

Beats Of The Antonov
Documentary, capturing the lives of Sudan's displaced population.

The Yes Men Are Revolting
The political pranks by the Yes Men - and the toll it has taken on their relationship.

No Land's Song
The Islamic revolution of 1979 banned female singers from appearing in public in Iran. Now Ayat Najafi tries to revive tradition, planning an evening of Iranian and French female soloists to rebuild shattered cultural bridges - but can it work?