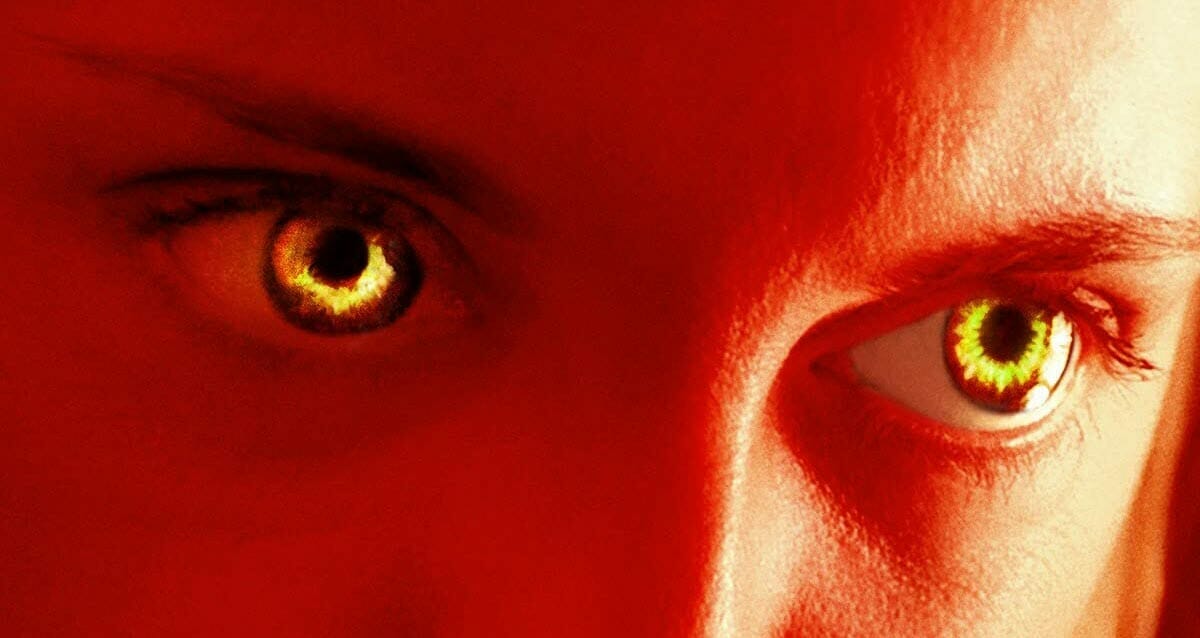 Arrow Video Frightfest returned to its home at the Cineworld Leicester Square this year with a line-up of films which delivered thrills and chills from all around the world. This was followed in September by an online event, letting fans enjoy the thrills of the festival even if their areas were under lockdown.

The Halloween edition of the festival runs on 29 and 30 October.

The Innocents
During the bright Nordic summer, a group of children reveal their dark and mysterious powers when the adults aren't looking.

Barbarians
A dinner party in a country house sees four friends come together for a birthday celebration, but as the night progresses secrets emerge and unsettling events begin to unfold around them.

The Seed
What starts out as girls weekend away in the Mojave desert becomes a tale of horror, death and alien invasion.

The Advent Calendar
An ex-dancer who now needs a wheelchair is given an old wooden antique advent calendar before Christmas. She realises each window contains a surprise that triggers repercussions in real life: some of them good, but most of them bad - so she will have to choose between getting rid of the calendar or walking again - even if it causes death around her

The Last Rite
A medical student suffering from sleep paralysis finds herself plagued by a demonic entity, after moving in with her boyfriend.

Coming Home In The Dark
A family’s outing descends into terror when teacher Alan Hoaganraad, his wife Jill and stepsons Maika and Jordon explore an isolated coastline. An unexpected meeting with a pair of drifters, the enigmatic psychopath Mandrake and his accomplice Tubs, thrusts the family into a nightmare when they find themselves captured.

Shadow Of The Cat
Gato's safe, isolated world is throw into chaos when his teenage daughter gets a mobile phone and makes herself visible to the world.

The Maid
A teenager, who is working as a domestic maid and being haunted by the previous maid's spirit, strives to discover the secret behind her death.

Killer Concept
Three creatives team up to write a screenplay chronicling a string of murders in their town, but one of the three may be closer to the story than the others realise.
A-Z of FrightFest 2021 reviews >>>

Exposed to the elements
Jeremiah Kipp on bullying, ambiguity, and directing Mike Manning and August Maturo in Slapface
O unholy night
Sean Nichols Lynch on vampires, festive horror and Red Snow
A matter of instinct
Craig David Wallace and Lora Burke on Motherly
Updating the conspiracy thriller
Jacob Gentry on the creative process and Broadcast Signal Intrusion
Walking the line
James Ashcroft on character ambiguities and Coming Home In The Dark
The incredible dog-headed movie-maker
Josh Stifter on the magic of no-budget filmmaking and Greywood’s Plot
The little film that could
Phillip Escott on realism, censorship and The Found Footage Phenomenon
Listening closely
Alex Noyer on inclusivity, creating intimacy and Sound Of Violence
Just another killer
Amber Sealey on deconstructing the myth of Ted Bundy in No Man Of God
A shock to the system
Eric Steele and Laura Montgomery Bennett on public service, vampires and Boy #5
Going her own way
Clare Foley on the appeal of dark roles and starring in The Changed
Grassroots guts
Julie Kauffman on capturing the world of no budget filmmaking in The Brilliant Terror
A taste of Frightfest
Five unmissable horror highlights set to thrill fans in London
Into the woods
Kier-La Janisse on Woodlands Dark And Days Bewitched: A History Of Folk Horror
Striking the right tone
Rob Schroeder, Conor Stechschulte and Zak Engel on Ultrasound
A taste for blood
Amelia Moses on Bleed With Me, Bloodthirsty and reimagining the werewolf