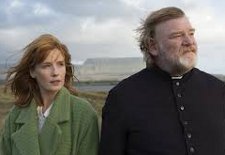 Bradford International Film Festival notched up its 20th year in 2014. It opened on March 27 with The Lunchbox and short film Touch and run until April 6, followed immediately by the Widescreen Weekend from April 10 to 13.

There was a section dedicated to Brian Cox as he received a lifetime achievement award.

There wa a special screening of the first film to screen at the first Bradford International Film Festival screening – The Madness of King George. Audiences were asked to vote for their favourite BIFF British film from the past 20 years and chose In Bruges.

Lilting
A bereaved mother and the boyfriend of her son find a connection.

Tracks
Based on the true story of Robyn Davidson who in 1977 undertook an extraordinary solo trek across the harsh Australian outback.

Believe
Matt Busby comes out of retirement to help a young football team.

Cheap Thrills
Two friends trying to drown their sorrows meet a bored married couple who engage them in a series of increasingly bloody and dangerous bets.

The Dirties
Two best friends are filming a comedy about getting revenge on the bullies at their high school. One of them isn't joking.

Hello Sunshine
After her husband leaves her, Kate’s friend Vanessa has the perfect solution to her despair – vodka, grass and a road trip.

Locke
A man drives through the night, listening to mobile phone calls, as his life falls apart.

Beyond The Edge
A docudrama about Tenzing Norgay and Edmund Hillary's historic ascent of Everest.

Calvary
A priest finds himself under threat.

Coast Of Death
Documentary about an area of Galicia considered to be the end of the world by the Romans.
A-Z of Bradford International Film Festival 2014 reviews >>>