Locke by name, locked in by nature.

Ivan (Tom Hardy) is either a saint or an idiot. After watching him drive down the motorway for 85 minutes, listening to his hands-free phone, you come to the conclusion that he's arrogant enough to believe in his ability to do the right thing and come out at the other end unscathed.

The right thing is to stick by a woman he doesn't know who is giving birth to his baby. It becomes a one night standoff as he attempts to calm her on the mobile while she suffers contractions somewhere in London.

Ivan has deeper rooted commitments, such as a wife and son. Also, there's his job. He's an engineer, specialising in the use of concrete in buildings and the next day the American firm he works for is going ahead with the biggest pour in Europe, which he should be supervising.

Steven Knight's film is a radio play. Its visual perimeters are headlights, wheels, road, rain on windscreen, interior of car, Hardy's face. The drama concerns the baby - will he get there for the birth? - and the pour - will his dim witted assistant have the nous to follow his instructions and can he contact the relevant bureaucrat to order road closures in time?

Ivan's composure is spooky. He has a controlling personality and as his life starts unravelling, due entirely to his decision to drive 200-odd miles to support the child he will never know, remains resigned in the knowledge of his responsibility towards a vulnerable woman in distress.

It's nonsense. It's like a suicide. And there's nothing to look at.

Is this clever/clever moviemaking? The non film. Who will pay to listen?

That's the art. And the challenge. 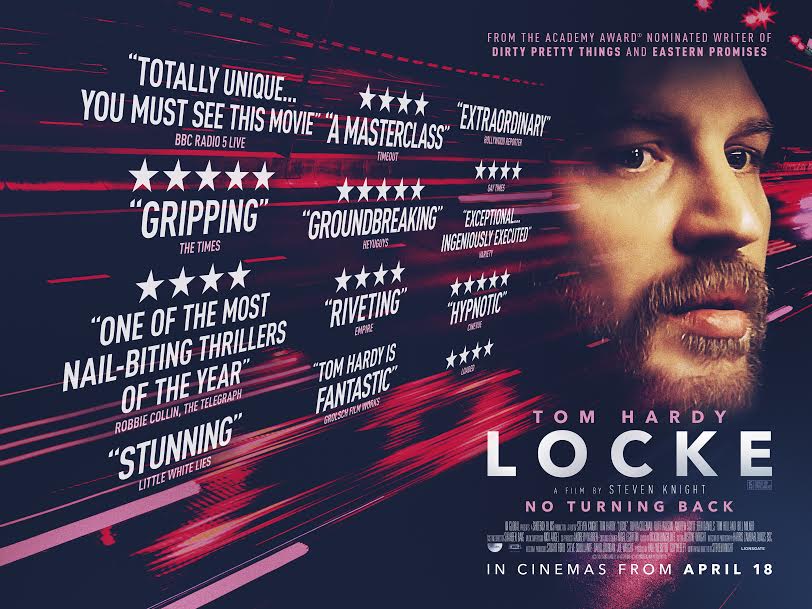 A man drives through the night, listening to mobile phone calls, as his life falls apart.