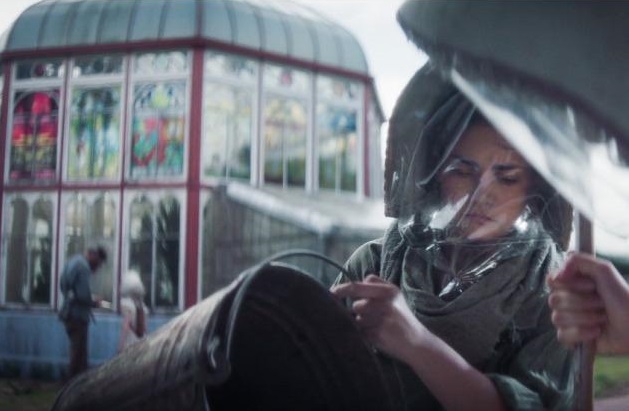 Held online with a smattering of live events happening where pandemic precautions permitted, 2021's Fantasia celebrated a very special occasion: its 25th birthday. It did so with a fantastic line-up of films, and was preceded by a special screening of James Gunn's The Suicide Squad live in Montreal. It closed with the latest work by Takashii Miike.

As well as films, there were talks on transgression, final girls, the rise of indigenous horror, and more, with special guests and the opportunity for audience members to ask questions.

The festival ran from 5 to 25 August.

On The 3rd Day
After a car crash which damages her memory, a woman desperate to find her son goes looking for answers.

Fortune Favours Lady Nikuko
The most ordinary people and places can be quite extraordinary.

Stanleyville
One day, an ordinary office worker throws her purse and life away and joins an enigmatic contest to win a car.

We're All Going to The World's Fair
A teenage girl becomes immersed in an online role-playing game.

The Spine Of Night
In this ultra-violent fantasy epic, ancient dark magic falls into sinister hands and unleashes ages of suffering onto mankind. A group of heroes from different eras and cultures must band together in order to defeat it at all costs

Wild Men
A man in the throes of a mid-life crisis who has decided to try to live like his Viking ancestors unwittingly befriends a robber on the run.

Love, Life And Goldfish
Makoto Kashiba is an elite bank clerk and works for a big bank at its Tokyo HQ. Due to a minor mistake, he is demoted to a small branch office in a country town. He is devastated by his situation. There, he meets beautiful Yoshino Ikoma, who runs a goldfish scooping store. Makoto falls in love with her at first sight.

Strawberry Mansion
In a world where the government records and taxes dreams, an unassuming dream auditor gets swept up in a cosmic journey through the life and dreams of an ageing eccentric named Bella. Together, they must find a way back home.

Catch The Fair One
A Native American boxer embarks on the fight of her life when she goes in search of her missing sister.

Poupelle Of Chimney Town
One Halloween night, a deliveryman accidentally drops the heart he is supposed to deliver. He cannot find the heart in the smoke and gives up. The heart continues to beat where it fell in the town of chimneys.
A-Z of Fantasia International Film Festival 2021 reviews >>>

Hiding in the cosmos
Jane Schoenbrun on American melancholy and We’re All Going To The World’s Fair
Through the screen
Jane Schoenbrun on intentional ambiguities and We’re All Going To The World’s Fair
The contender
Kali Reis on indigenous representation, Catch The Fair One, and her independent Spirit nominations
Addressing universal themes
Celeste Bell and Paul Sng on Poly Styrene: I Am A Cliché
Updating the conspiracy thriller
Jacob Gentry on the creative process and Broadcast Signal Intrusion
Spellbound
Hayley Garrigus on magic, manipulation and You Can’t Kill Meme
From song to sword
MASUMI on moving between singing and acting for Yakuza Princess
Taking wing
Theodore Schaefer on magical realism, working with animals and Giving Birth To A Butterfly
The object of her affections
Mariel Sharp and Kaye Adelaide on monsters, queerness, puppeteering and Monster Dyke
A film of two halves
Mickey Reece on Agnes and making films that feel new
Into the woods
Kier-La Janisse on Woodlands Dark And Days Bewitched: A History Of Folk Horror
Keeping the wolf from the door
Perry Blackshear on working through hard times and When I Consume You
A dark imaginary
Ruth Platt on childhood, religion, luck and Martyrs Lane
Unforgettable
Kelsey Egan on memory, fairy tales, pandemics and Glasshouse
Raising hell
Toby Poser, John Adams and Zelda Adams on Hellbender and making films as a family
Something wild
Zita Bai, Vas Provatakis and Qiyu Zhou on Baby, Don't Cry
Fantasia highlights you won’t want to miss
We look at the pick of this year’s line-up
Closely observed
Annalise Lockhart on ghosts, invisibility and making Inheritance
Striking the right tone
Rob Schroeder, Conor Stechschulte and Zak Engel on Ultrasound