The Spine Of Night

One of the great things about animation is that it can make stars young again and enable a production to pull together a dream cast across generations without having to worry about how they fit together in terms of age. For a certain type of film fan, the idea of a cast which includes Lucy Lawless, Larry Fessenden and Richard E Grant will exert an instant, magnetic appeal. The Spine Of Night isn’t altogether successful in capitalising on this, but its combination of nostalgic visual style, gory violence and elaborate fantasy narrative is likely to win it a cult following nonetheless.

At the centre of it all is a blue flower. Lucy Lawless is in her element as Tzod, a swamp witch queen who uses it to perform hallucinatory rituals for her tribe, giving them a deeper understanding of the universe and its capricious gods, but its power is coveted by Lord Pyrantin (Patton Oswalt), who has an army at his disposal and megalomaniacal ambitions. The real action begins when they are both screwed over by scheming necromancer Mongrel (Joe Manganiello), who not only wants to take over the world but has a plan in mind for achieving it – until the flower itself begins to drive him mad, and what began as a simple desire for power becomes a genocidal crusade of destruction.

In among the familiar fantasy tropes there’s some genuinely good world building here, and the universe has a sense of depth throughout. The rotoscoped characters also work very well. The film has a relaxed rather than exploitative attitude to nudity, and it’s nice to see a round-bellied, muscular woman in her fifties represented honestly like this without being mocked or belittled. Although some of the backgrounds are quite flat, directors Philip Gelatt and Morgan Galen King know how to deliver something dazzling when occasion calls for it, and use the contrast to differentiate physical and spiritual realms.

The central problem here is a common one in fantasy epics: it does go on a bit. Lengthy stretches of exposition which address the history, or imagined history, of the world are of variable quality. Because we move around a lot and characters die like flies, we don’t have much opportunity to get to know or care about them. Mongrel is satisfyingly unlikeable but doesn’t get much interesting opposition, and Tzod spends a lot of the film trekking up a snow-covered peak in search of a mystic (Richard E Grant) who may be able to turn things around, one of those endurance-based, internal heroic journeys which can work beautifully on the page but which only the most skilled of directors can pull off onscreen.

Lacking any really effective driving narrative, the film relies on viewers being awed by a series of visual displays which just don’t have the oomph they might have had 20 years ago, or being shocked by deeds which, whilst dastardly, are not all that unusual in modern cinema (or even, sadly, in the modern world). Its nihilistic central theme feels a bit out of touch: what was once boldly countercultural is now quite commonplace and no longer edgy or daring. Gelatt and King clearly believe in what they’re doing, however, and this confidence, together with the film’s vast scope, occasionally invokes the necessary moments of wonder.

For fantasy fans who are sick of elves and want to get beyond the endless narratives about squabbling over thrones, The Spine Of Night offers something appealingly different. It just doesn’t quite have the courage or the inspiration to give viewers something they can invest in. 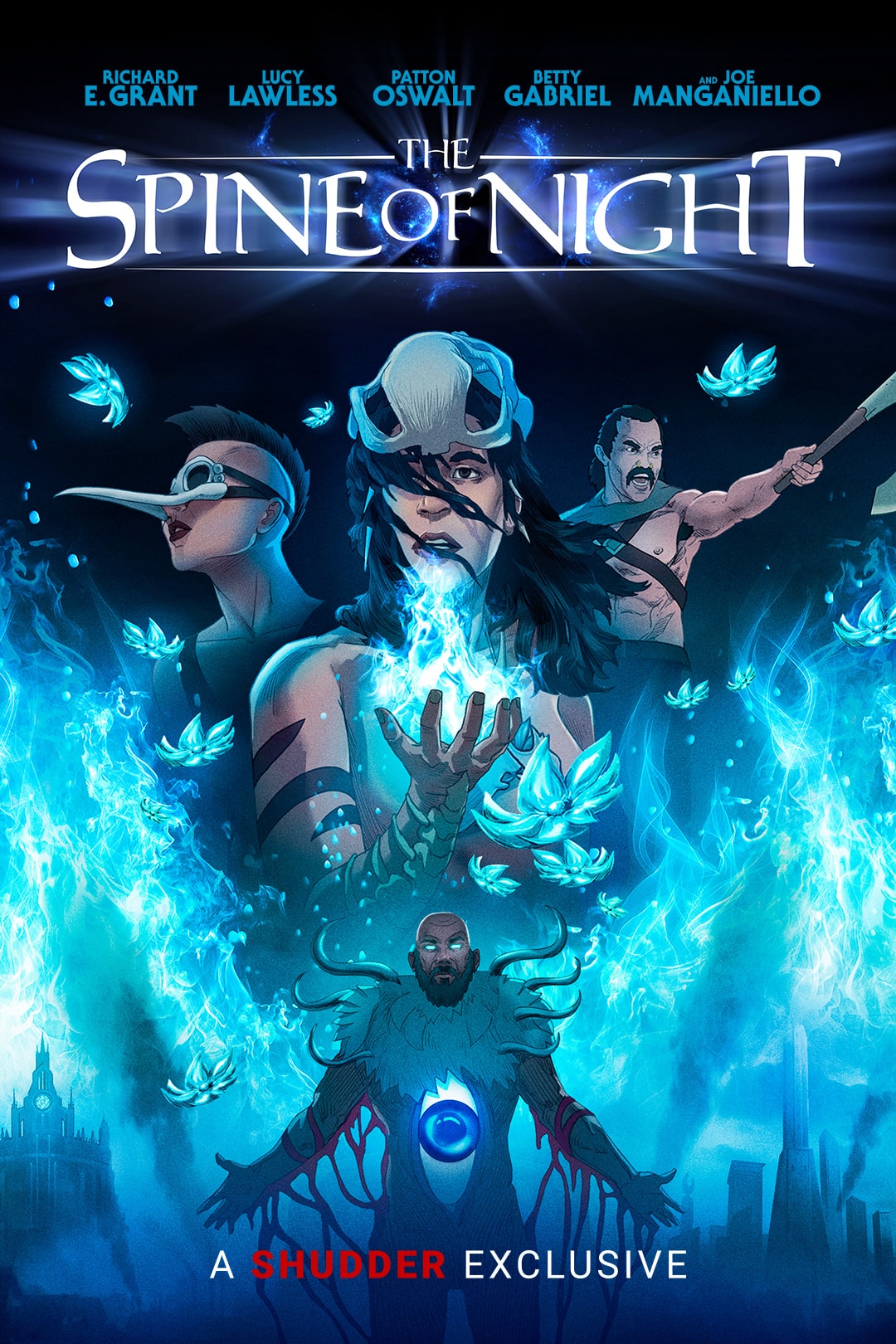 In this ultra-violent fantasy epic, ancient dark magic falls into sinister hands and unleashes ages of suffering onto mankind. A group of heroes from different eras and cultures must band together in order to defeat it at all costs