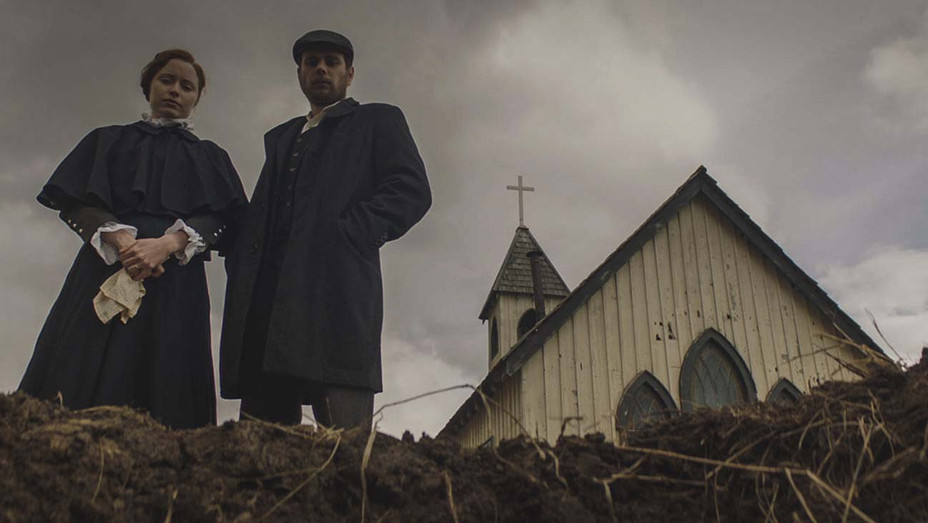 The Curse Of Audrey Earnshaw

Like many other 2020 festivals, Abertoir went online, but there was still plenty to enjoy. A great line-up of films was supported by opportunities to talk to some of the filmmakers and socialise with fellow horror fans, plus there was an exclusive interview with genre legend Roger Corman.

The festival ran from 28 October to 1 November.

Detention
A high school student falls in love with the teacher who organises a secret book club in contravention of the White Terror martial law.

The Reckoning
A period thriller set in 1665 during the Great Plague and subsequent witch hunts.

Come True
Plagued by disturbing dreams and unable to go home, a teenager is relieved to find help at a university sleep study, but unwittingly becomes the channel to a horrifying new discovery.

Anything For Jackson
A bereaved Satanist couple kidnap a pregnant woman so they can use an ancient spellbook to put their dead grandson's spirit into her unborn child, but end up summoning more than they bargained for.

The Returned
The indigenous people of the Guarani tribe has either been exterminated or reduced to servitude. Julia, the wife of a wealthy landowner, gives birth to her third dead child. In desperation, she begs Kerana, her indigenous housekeeper with ancient powers, to bring him back to life - but he doesn't return alone.

Kriya
A DJ encounters a beautiful woman at a club, goes back to her home, and finds himself thrust into a nightmare odyssey of ritual magic, patriarchal death customs and unusual family conflict.

Shakespeare's Sh*tstorm
Troma takes on The Tempest, against the backdrop of the US opioid crisis.

Bleed With Me
During a winter getaway at an isolated cabin, a self-destructive young woman becomes convinced that her best friend is stealing her blood.

The Curse Of Audrey Earnshaw
A mother and daughter are suspected of witchcraft by their devout rural community.
A-Z of Abertoir 2020 reviews >>>