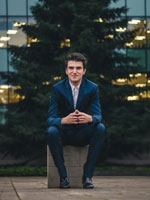 My Favorite War
The director recalls the impact of Soviet propaganda on her childhood.
Share this with others on...

Every Day In Kaimuki The Island The Dream And The Radio Parallel Mothers Boris Karloff: The Man Behind The Monster West Side Story The Panola Project Call Jane Am I OK? Three Minutes: A Lengthening Nanny Nothing Compares Last Night In Soho All That Breathes The Power Of The Dog Rifkin's Festival Living Riotsville, USA Procession The Harder They Fall