Cinematographer turned director Phuttiphong Aroonpheng's mysterious and haunting debut feature - which took home the top prize in the Horizons section at Venice last week - is a slow-crescendo chorus of lament for the plight of refugees.

Although specifically dedicated, at the outset, to Rohingya Muslims, many hundreds of whom have lost their lives attempting to escape oppression in Myanmar for Thailand, it could be considered a cri du coeur for those across the globe braving extreme danger to flee their homes.

Wanlop Rungkamjad plays an unnamed Thai fisherman who is also called in when gunmen go 'fishing' in the forests for refugee stragglers, helping to dig shallow graves. There's something jarringly festive about the sight of a man with a rifle, festooned in flickering Christmas lights at the start of the film, which mimic the dappled light of the forest. This sense of dislocation never lets up and is one of several ways that Aroonpheng will go on to emphasise the loneliness of the man the Thai fisherman finds, badly injured, and tries to help.

Taking the voiceless refugee idea to the extreme - although it never feels anything less than natural in the context of the story - the badly injured man is mute. There is no suggestion of the fisherman having any sort of agenda in taking the man in, this is purely an act of kindness, but he soon begins the slow process of assimilating the refugee into his life, naming him Thongchai, after real-life pop star Thongchai "Bird" McIntyre.

Aroonpheng takes great care to build these encounters, which include hunting for gemstones in the forest, trying to attract manta ray and learning to ride a motorbike. Through it all, Thongchai remains a compliant - quite possibly traumatised - blank, acting as a sounding post for the fisherman's tale of woe about the breakdown of his marriage and copying him as best he can. This idea of 'mirroring' is beautifully realised in key scenes of the film, such as when the two men drift back and forth to electro pop in the fisherman's DIY home discotheque, or the camera flips back and forth between them on a fairground ride.

The big question at the heart of the film concerns the lack of self-determination of Thongchai, his old identity has been cut adrift and the new one seems to be increasingly crafted for him, with him less a willing participant than a pawn who has little option put to keep stepping forward in the game. To say too much about the plot would be to spoil the enigmatic journey that Thongchai takes, increasingly becoming 'like' the fisherman and yet simultaneously lacking any sort of genuine agency. The fisherman also retains an ambivalence - there is no specific attempt to demonise him even as Aroonpheng explores how he may inadvertently contribute to Thongchai's plight. The film remains mysterious without being confusing - you don't need to grasp every detail to understand its metaphors and message and its enigmatic aura invites repeat viewings.

As Aroonpheng slowly but surely breaks our hearts across his measured 105-minute running time, he also shows that you don't need water to find yourself drowning. 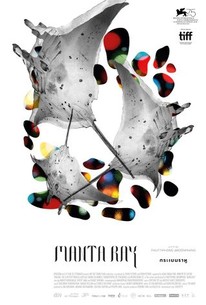 A fisherman finds an injured refugee and tries to help him.