Kiss The Water is subtitled A Love Story and, despite its subject being billed as eccentric Scots fishing fly-maker Megan Boyd, it would be better described as a love letter to salmon fishing, craftsmanship and Scotland. For a start, Boyd is curiously absent from these reflections on her life, appearing only for the briefest of moments in the film's end credits. While it's an interesting tack to take - and one which lets you build your own picture of the woman who became a cult figure for fly fishers who wanted the best - more of her would be welcome.

While the loss of Boyd is a shame, there is much to commend about Eric Steel's evocative and elegiac movie. He speaks to many who knew the fly-maker and though the lack of intertitles telling you who they are may frustrate some, their shared love of fishing is what is most important.

The picture painted is not just of Boyd but of the mystery surrounding the salmon themselves. The fact that they take a fisherman's fly at all is remarkable, considering that they never eat anything in fresh water, only returning to the rivers to spawn. Adding to the sense of wistfulness is some beautiful animation by Em Cooper, who was also responsible for the equally vibrant, painterly inserts in short film 30% (Women And Politics in Sierra Leone), which screened at Sundance 2013. Lovely though Cooper's work is in its own right, however, it doesn't always forward cause of the documentary, which could do with an injection of pace.

Footage of Brora, on the east coast in the Highlands, is refreshingly captured, with Steel opting to show the beautiful bleakness that is a fact of life for many months of the year, emphasising the sense of environment that formed and informed Megan. Anecdotes about how Prince Charles came knocking are fascinating, although sequences imagining Princess Diana as something to be hooked push the metaphor rather too far.

This is an impressionistic portrait, as multi-faceted and delicate as the flies which we see being created at points through the film. Just as they are a mix of colour and materials, so Steel's interviewees range from those who went to school with Boyd, to those who learnt how to create flies themselves under her tutelage and those who have more than a whiff of landed gentry about them. They are frank about her eccentricities but warm in their praise of a woman who urged those she taught to remember, "You're tying flies for fishermen, not for fish". 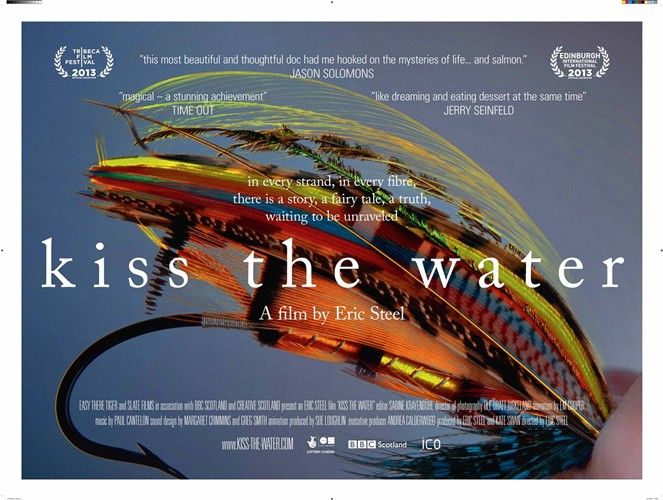