Intensity is the watchword in Calin Peter Netzer's Child's Pose, both in terms of the unflinching gaze he and co-writer Razvan Radulescu cast on the flaws of modern Romania and with regard to the central performance of Luminita Gheorghiu as Cornelia.

The Romania presented here may no longer be in thrall to the party elite of the Communist era but there is a new kind of power at play - one where money can be the solution to everything, even the most heinous of crimes. Gheorghiu's Cornelia is acutely aware of her position in society and, more importantly, her family. With her brassy blonde hair, bullish attitude and flurry of furcoats, she is a carefully self-constructed force of nature.

She is the one whom others orbit around and, to her, controlling everything within her reach is just her way of saying, 'I love you'. In fact, her desire to run the life of her son Barbu (Bogdan Dumitrache) extends to attempting to wreck his relationship because, after all, it's in his best interests. This means that when Barbu knocks down and kills a child, her first thought is not for the parents but to plan a strategy to pay everyone off so that he dodges jail. Facts such as who was in the wrong and even grieving parents are little more than problems to be solved for Cornelia - surely no emotion is so strong that it cannot be bought?

Barbu finds himself stripped of his adulthood - back under her roof and with little to do but pout about the place, and as Cornelia tries to fix everything from the coroner's report to the eye witness, she begins to realise that her fineries and finances can't protect her from some home truths. In some ways she may be a monster, but Netzer and co-writer Radulescu find a path for Cornelia that steers clear of outright condemnation. Her tragic devotion to her son is so absolute that she retains our pity even as she is so focussed on protecting him that she can't see her child's cowardliness or thinly veiled resentment. Although the satire occasionally threatens to become heavy-handed, it is redeemed by the film's subtler moments - such as a scene in which as Cornelia dances as though no one is watching her, when we get a sense of the spirit that lies beneath the layers of control or the points at which mellow violin music is set it clever juxtaposition to the characters' stridency.

The film, which is Romania's entry for the Best Foreign Language Oscar, won the Golden Bear and FIPRESCI prize at Berlin. Those accolades must be shared fully with Gheorghiu, whose flinty performance grips to the last. 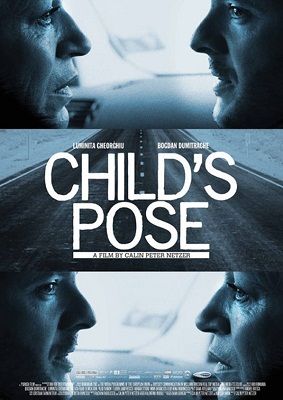 An upper class woman loses all sight of morality as she strives to save her son from a prison sentence for knocking down an killing a child.