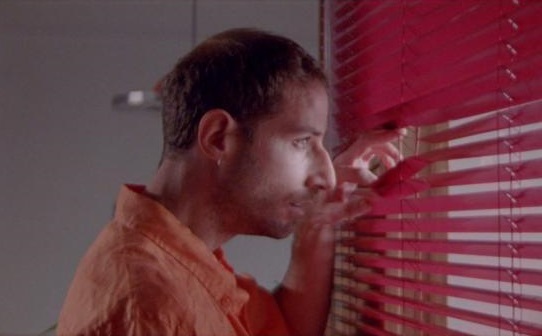 New York's premier LGBT festival is taking place in hybrid form in 2021, and has a spectacular line-up, with cutting edge films from around the world as well as some natural crowd-pleasers.

The festival runs from 15 to 26 October.

Metamorphosis
An intersex boy comes of age and explores the ambiguities of his identity and desires.

Cut!
The director of a low-budget queer thriller tries to solve a violent murder mystery that threatens his set.

Make Me Famous
A madcap romp through the 1980s NYC art scene amid the colorful career of painter, Edward Brezinski, hell-bent on making it.

Flee
Amin arrived as an unaccompanied minor in Denmark from Afghanistan. Today, he is a successful academic and is getting married to his long-time boyfriend. A secret he has been hiding for 20 years threatens to ruin the life he has built.

Death And Bowling
In a fictional meta-critique on trans representation, a transgender actor struggles with what it means to be seen after the beloved captain of his lesbian bowling league dies and a mysterious stranger shows up at the funeral.

Boy Meets Boy
A brief encounter in a Berlin nightclub changes the course of two lives.

Miguel's War
A portrait of a gay man who confronts the ghosts of his past. After fleeing war and repression 37 years ago, Miguel returns to Lebanon where he traces hidden longings, unrequited love and tormenting feelings of guilt.

The Scary Of Sixty-First
Two mismatched roommates discover and relive the murky secrets of their new Upper East Side apartment.

The First Death Of Joana
Joana, 13, wants to find out why her great aunt died at 70 without ever having dated anyone - but she uncovers more secrets than she expected.

Potato Dreams Of America
A true story about a gay boy growing up in the collapsing USSR, his courageous mail-order bride mother, and their adventurous escape to Seattle in the Nineties.
A-Z of NewFest 2021 reviews >>>

In the picture
Brian Vincent on the art of Edward Brezinski and Make Me Famous
Bowled over
Lyle Kash on creating new narratives and making Death And Bowling
A Lebanese story
Eliane Raheb on showing the filmmaking process and making Miguel’s War
First contact
Brielle Brilliant on forming connections, becoming more free, and Firstness
Looking back, moving forward
Stephanie Lamorre on filming Narragansett life for Being Thunder
A natural thing
Park Kun-young on A Distant Place and the ongoing struggle for acceptance in South Korea
Between two women
Mari Walker, Pooya Mohseni and Lynn Chen discuss getting real in See You Then
Shouting and silence
Eugen Jebeleanu on homophobia, Poppy Field and moving from theatre to film