Childhood is a time for experimenting, for figuring out who one is and who one might want to become. Adults in close contact with children often serve as their role models. One popular way to explore is dressing up, sometimes by borrowing their clothes. Young Johnny (Tre Ryder) takes this a step further when he borrows his babysitter’s entire body.

A tender-hearted comedy with a deep understanding of what it feels like to be a child, Homebody has been making a splash on the festival circuit, and with good reason. It found its place at Inside Out in Toronto because it deals, amongst other things, with the process of gender exploration, but it does so with such a light touch that no particular knowledge about this is needed to understand or enjoy it. Trans people will find an additional layer of magic there and quite possibly end up in tears, but part of the joy of the film is the sense of freedom and openness to possibility which it creates – we don’t really know where he’ll end up, just that this part of the journey has a value of its own.

For LGBTQ+ people, especially in youth, there can often be confusion between romantic or sexual feelings for a person and the desire to be that person. There’s little in the way of sexuality in this film – Johnny is too young – but he certainly has a crush on babysitter Melanie (Colby Minifie), keeping a little box full of treasures associated with her under his bed. It’s breaking his heart that she plans to quit her babysitting job to become a doula. On their last day together they watch an online video about spirit projection. It’s not clear how seriously she takes it, but Johnny is fascinated, and that’s how he manages to take temporary possession of her body.

What follows is a series of adventures which are mostly very gentle in nature but nevertheless provide laughs for viewers of all ages. It’s one thing to try on make-up and clothes and jump around on the bed. It’s another to start answering urgent phone calls made on behalf of a woman who is about to give birth and needs Melanie’s help. Then there’s Johnny’s impulsive decision to go outside so that he can show off his borrowed body, which, after he’s satisfied his initial impulse to buy and consume a huge quantity of sweets, inevitably leads him into scrapes.

There will inevitably be comparisons between this film and Tom Hanks classic Big, but the tone is different, the story much more condensed, and it becomes more complicated when Johnny seeks a way to ask Melanie for help, realising that he’s in far too deep. We are then treated to a second layer of comedy as Melanie tries to get them both out of the mess he’s created and save her reputation whilst keeping him safe. Although she might understandably want to strangle any adult who had done this to her, and it’s clear that she has a tough side, the care with which she handles her young charge is touching and their friendship deepens.

There’s the occasional moment which feels too awkward and stagey, but for the most part Minifie is impressive in the duel role, capturing Ryder’s body language well whilst he delivers snatches of internal monologue which work better than adult narration because this is the sort of stuff which children very often say out loud. The whole film is like an out-loud version of the sort of internal trying on of adult identities which children engage in, and occasionally this pushees the adults out of their comfort zone, reminding us that soon enough he’ll move into an adult role full time. For now, that world remains a mystery to him, full of inexplicable behaviours. Homebody highlights the strangeness of the habits we take on and the things we give up in a way which will entertain viewers of all ages. 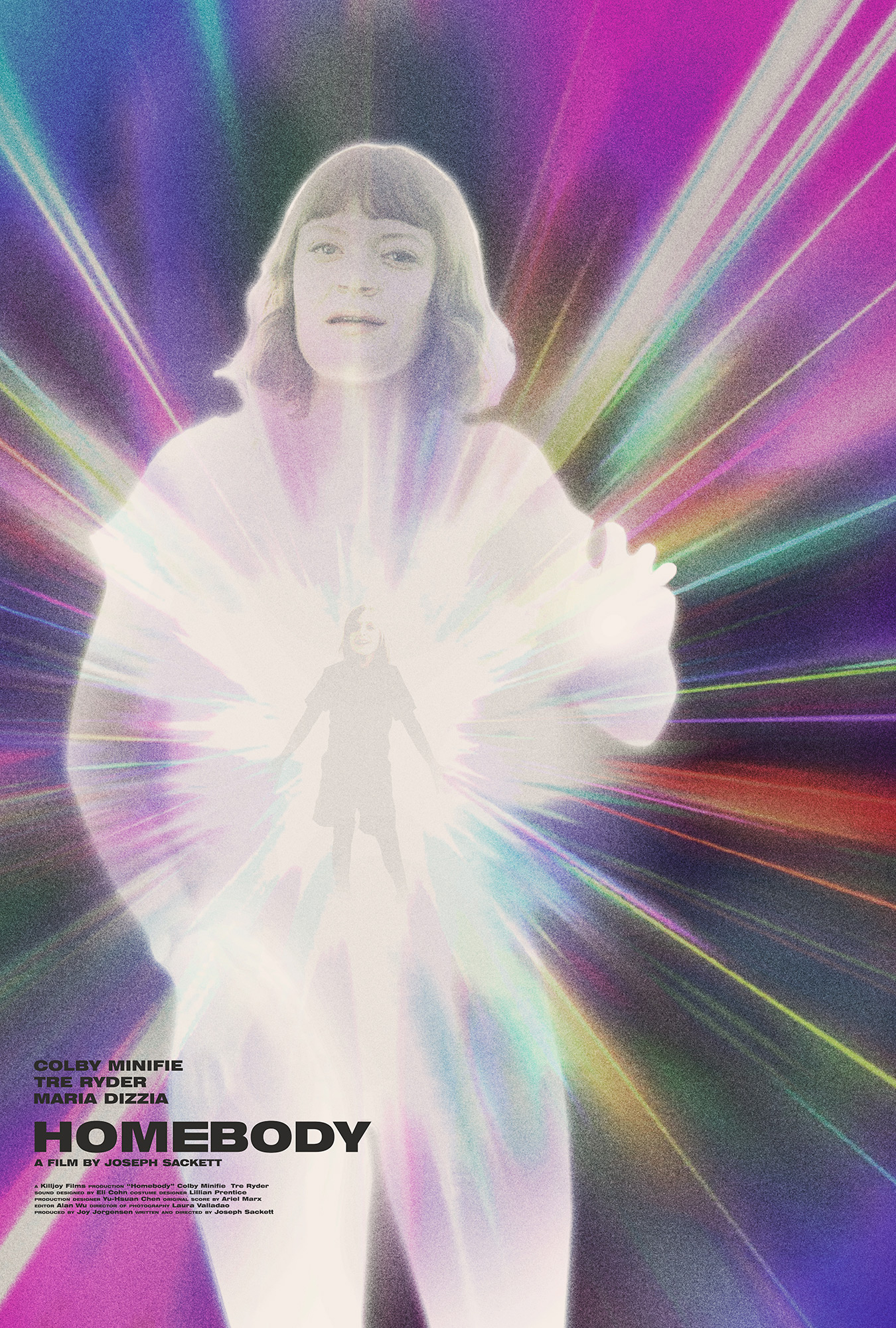 Nine-year-old Johnny sends his spirit into his babysitter Melanie and gets to be a woman for a day.