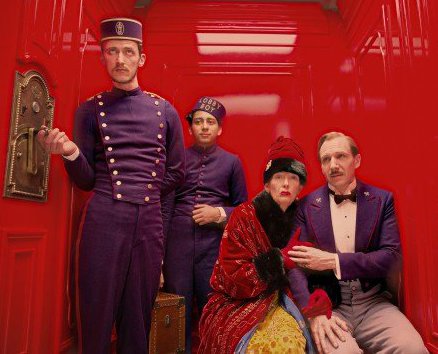 The Grand Budapest Hotel will open the festival

The 64th edition of the Berlin Film Festival will open on February 6 with Wes Anderson's The Grand Budapest Hotel. The festival will feature an homage to British filmmaker Ken Loach, who will receive an honorary Golden Bear. The festival will also feature the world premiere of the restored version of The Cabinet of Dr Cagliari and a retrospective - Aesthetics of Shadow: Lighting Styles 1915-1950 - which will focus on light in film.

That Demon Within
After a policeman unwittingly saves the life of a notorious gang leader, he sets out to try to dismantle his criminal network.

Natural Resistance
A documentary about the artisan wine business in Italy.

Futuro Beach
A lifeguard finds love in an unexpected place.

'71
A young British soldier is accidentally left behind by his unit on the deadly streets of Belfast in 1971.

Black Coal, Thin Ice
A detective falls in love with a woman linked to the murder victims of his current investigation.

Love Is Strange
The consequences of a gay marriage on family and friends.

Supernova
Where Meis lives, absolutely nothing ever happens. She loses herself in wistful fantasies about love, sex and a world elsewhere.

Aloft
A son goes in search of his estranged mother.

Thou Wast Mild And Lovely
Romance - and trouble - brew on a farm in Kentucky.
A-Z of Berlin International Film Festival 2014 reviews >>>