This Film Is Not Yet Rated

As any regular readers of my ill-informed, opinionated rants will know - Hi Mom! - one of my favourite targets of abuse is the BBFC. Well, on the evidence of Kirby Dick's informative and entertaining documentary about the operations of their US equivalent, the MPAA ratings board, they also deserve a position near the top of my shit list.

The difference between the two bodies is that whereas the BBFC has a legal mandate, insofar as a certificate from them is basically a prerequisite for any form of distribution, the MPAA is an unofficial industry body that, technically speaking, the film-maker doesn't have to go to. They can, if they want, release their film without an MPAA certificate.

Problems #3 through #whatever, the ones Kirby Dick concentrates upon here through a combination of illustrative examples, revealing interviews with a range of film-makers and undercover investigations into the workings of the notoriously secretive MPAA, are the systematic biases in the way it operates; a fundamental lack of accountability; hypocrisy and outright lies.

One major theme is the discriminatory treatment given to independent films, as illustrated by Matt Stone: when he and Trey Parker submitted the independently produced Orgazmo to the MPAA they were told it would be given an NC-17 but were refused any specifics as to what led to this decision or whether changes might be made to secure an R - not the MPAA's policy, apparently. Yet with the South Park film, made a few years later and for one of the six majors who together control 95 per cent of what appears on US cinema screens - in part of course down to the symbiotic relationship with their child the MPAA and their parent multinationals, who together control 90 per cent of the US media - this kind of information suddenly became forthcoming.

Another is their concern with sex, and lack of concern with violence. Here we hear, for example, from Wayne Kramer and Maria Bello, describing how The Cooler almost got an NC-17 on account of a brief shot of the actresses' pubic hair during a love scene with William H. Macy, and voicing their belief that the MPAA targeted this because they couldn't go after the thing they really had a problem with, namely the expression of ecstasy on her face a few seconds earlier.

While it has a few weak points - too much time is spent on the undercover investigations, which are decidedly sub-Nick Broomfield - This Film Is Not Yet Rated is a film that needs to be seen and, more importantly, acted upon. For the MPAA system it reveals is ultimately not so much one of classification but de facto censorship that impacts upon what we can see, reducing the choice that is supposed to be fundamental to a free market... 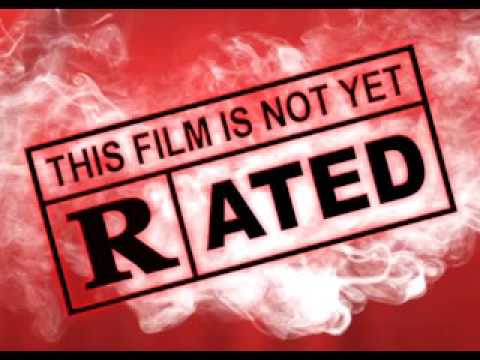 An exposé about the US film ratings board.

Read more This Film Is Not Yet Rated reviews: