If you're a horror fan, the chances are that you've seen literally dozens of films in which a group of teenagers goes to an abandoned building and falls foul of something sinister. The Asylum is perhaps the first one to make it feel natural. The building in this case is a former asylum which Patrick (Kelly Blatz) has been hired to help restore. Understandably, his bored friends (and little brother Rory) think it would be a good place to hang out and get drunk. The party itself is pure big screen nonsense, with girls dancing on top of cars just so boys can lech at them and with far more teenagers present than the local area seems capable of supplying. The aftermath, however, is wholly believable, and a much more interesting point at which to begin a horror story.

It's one of those mornings when one isn't sure who, if anyone, has slept, but the light is pouring in, exposing ashen faces and a floor strewn with fresh debris. Ashtrays are overflowing, people are throwing up in corners, Patrick is snuggled next to the girl he started hitting on the night before but it doesn't seem that anything specific has happened between them. There's a general sense of camaraderie born of mutual misery and a recognition that no-one is going to look their best - no-one is going to talk about this. And there's conversation of the honest but ineffectual kind that only really happens on such occasions. Patrick tells the story of the building, of how it was once used to house disturbed children, and there is talk of possible hauntings, and then Amber (Gage Golightly) persuades the others to try levitating Rory (Michael Ormsby). It's a lighthearted game. They struggle to keep from laughing. Rory complains when they drop him. Then something flips, his eyes change colour, and he is suddenly full of murderous rage.

It's a great physical performance from young Ormsby and, indeed, all the acting here is solid; no-one really stands out but it's a well balanced ensemble piece. It's also a film in which, at least early on, the action is driven by believable human concerns (recalling, if not equalling, Addison Timlin's contribution to the recent The Town That Dreaded Sundown remake). The group's reaction to Rory's behaviour is to try to help him. He's small; the problem seems manageable. But if something has possessed him, it may simply be waiting for the chance to enter a more useful host.

The Asylum builds from its strong start into something much more ordinary. There's a lot of running round the corridors, a lot of formula gore, and a resurrection whose omission might have opened up much more interesting possibilities. It's all very nicely shot and looks considerably more polished than most of its competition, but that can't disguise its reliance on over-familiar set pieces. Its one strong twist creates as much narrative difficulty as it resolves.

Despite these problems, there's a lot to recommend this film. One pleasing touch is the use of light which gradually shifts colour and angle over the course of the story, so we get an ominous sense that night is closing in again despite there being no dialogues about it. The sound work is also good, helping to make standard growls and screams go a little further. Most importantly, though, the teenagers really feel like teenagers, even when spouting leaden lines. There's a great deal of potential here and one hopes that at some point director Nispel - so comfortable with remakes and adaptations - will find the courage to create something that's truly his own. 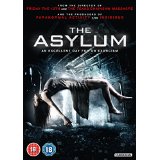 Six teenagers partying in an abandoned building find themselves in trouble after experimenting with the supernatural.