The summer ghost, they say, appears only to those whose lives have been touched by death. One night, schoolfriends Tomoya (voiced by Kobayashi Chiaka), Aoi (Shimabukuro Miyuri) and Ryo (Smiazaki Nobunaga) go looking for her out at the old abandoned airport on the edge of town, burning sparklers to attract her attention. In this sensitively crafted animé tale, which received a special mention from the Satoshi Kon Award jury at the 2022 Fantasia International Film Festival, they get more than they bargained for.

Each of these teenagers has a secret. Though he doesn’t look it, Ryo is seriously ill, and has been told that he has just nine months to live. Aoi is being bullied and would have jumped off the school roof if Tomya hadn’t intervened. As for Tomoya himself, he’s desperately unhappy with being forced through cram school with an eye to a future career which means nothing to him, when the only thing that has every really inspired him is art. After an initial meeting which leaves the three wondering how it is that they were all able to see her, it’s Tomoya who returns and forms a friendship with the ghost, Ayane (Kawaei Rina), discovering her own secret and, in the process of trying to help her, embarking on a path which will change all of their perspectives on what really matters.

Beautifully animated with some stunning watercolour backdrops, this gentle, magical story takes on issues which many young people struggle with, and neither patronises nor preaches in the process. It paints a world in which the best way forward is not always clear, and in which part of what matters is learning to accept that. The airport setting is a wonderful liminal setting, its runway still bearing the painted marks which serve as a reminder if people coming and going, though the town ultimately did not have enough life to sustain it. It also ties in with the idea of ghosts flying, which in turn allows for some spectacular aerial perspectives and for the use of other liminal spaces like bridges and the tops of tall buildings.

Poetic in its approach, unabashedly emotional, this is a light and airy film despite the weightiness of its subject, but it has enough substance to stay with you. 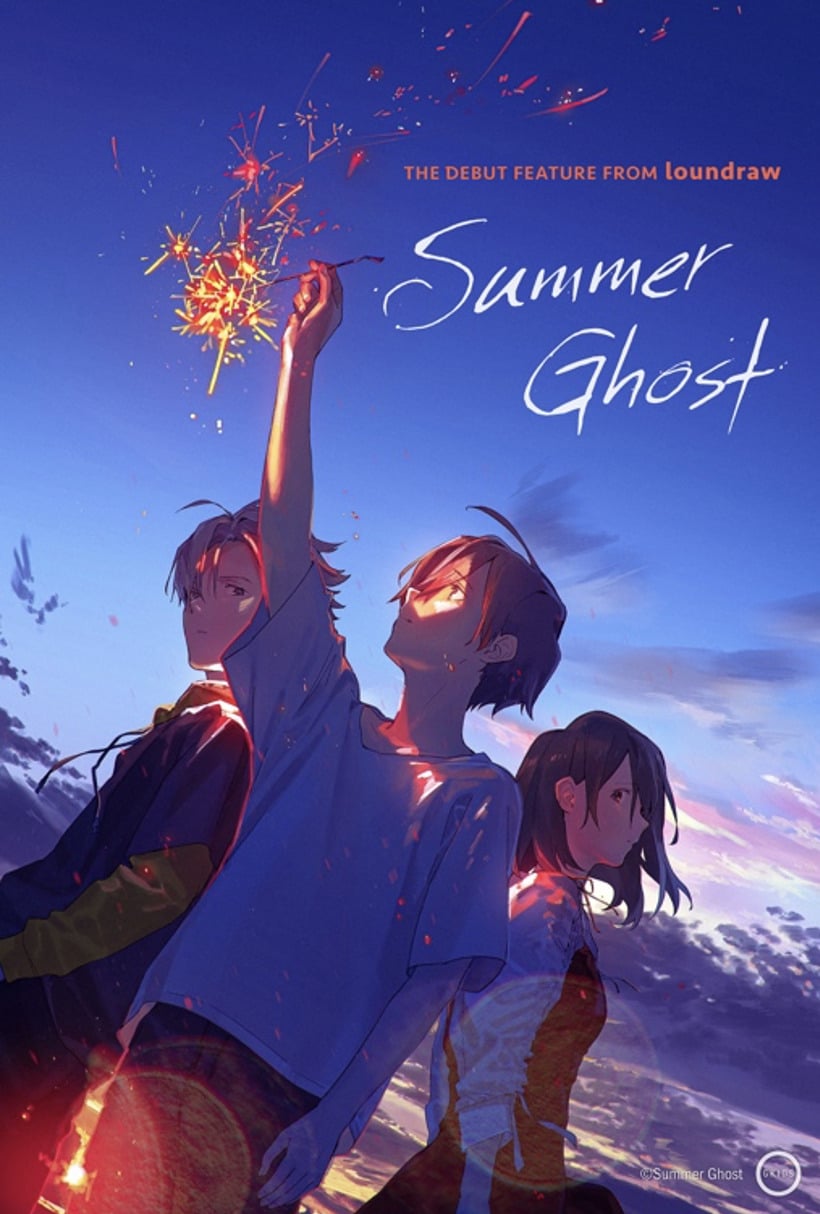 An urban legend speaks of a summer ghost, a spirit girl who appears when fireworks are set off.