When you think about Italian crime films, the chances are that you have something very specific in mind. As he told my colleague Paul Risker, director Alessandro Celli wanted to get beyond that and do something different when he made Mondocane. The name (which translates as Dogworld, an alternative title being used in some regions) comes from the film’s young hero, played by Dennis Protopapa, a homeless teen who, along with best friend Pisciasotto (Giuliano Soprano) lives in a shipwrecked boat in a quarantine zone which has biohazard signs all over it. They’re watched over by an old man who sexually exploits them but at least makes sure they’re fed and relatively safe from other forms of violence. Having reached adolescence in reasonable health (Pisciasotto is epileptic) and without becoming addicts, they’re doing better than most of their peers, but that’s about to change.

The reason for the change is that Mondocane has been offered work. It’s a one-off – an arson job – but it could lead to more. He might have the opportunity to join the Ants, a local gang made up mostly of other street kids but run by charismatic thirtysomething adult Testacalda (Alessandro Borghi). He doesn’t want to join without Pisciasotto and the Ants are hesitant to take on a disabled kid, but Testacalda is impressed by the boys’ loyalty to one another, immediately seeing ways he can use it. When Mondocane shows signs of soft-heartedness, however, he begins the slow process of prying them apart.

Brilliantly played, Testacaldo is one of the most interesting antagonists to emerge from Italian cinema for years. Whilst clearly grooming and exploiting the kids for criminal ends, and occasionally using shocking violence to keep them under his control, he is also a paternal figure, and in one scene we see him absorbed in helping a toddler to draw a giraffe, in a makeshift creche he has set up. There’s also a suggestion that his criminal actions are being driven by a political vision and that he is, in his own way, trying to make the world a better place. One wonders if he, too, is a product of the streets, finding his own way in a world where the authorities have little real influence.

Alongside the story of the Ants, we meet a police officer, Katia (Barbara Ronchi), whose colleagues worry that she’s going too far in her efforts to restore order, potentially placing herself in both physical and emotional danger. She’s trying to solve the arson case with the help of another orphan who may be a witness. Sabrina (Ludavica Nasti) is in the system, which means that she spends all day slaving away in a steel mill and wears a locked-on bracelet which enables the authorities to trace her when she runs away. She longs to get into the quarantine zone, where the grave of her parents may be located, and when she meets Mondocane, she hopes that he will take her there. The growing bond between the two threatens to put both of them in danger.

There are excellent performances here from a host of young actors who play naturally off one another, and we spend most of our time immersed in their world. Day to day survival is their main priority and being part of a gang supplies the sense of family which many of them long for, bringing order to their lives. They want to defend their territory, to fend off incursions by outsiders, to live life on their own terms. The film explores multiple forms of child exploitation but also, crucially, understands the mindset which makes these children vulnerable, and how natural, how human a thing that is. It’s also a lot less miserable than you might expect, because from the children’s perspective, this is an exciting life.

Not only different but smart and insightful and action-packed, Mondocane is well worth two hours of your time, and it's a film whose characters will stay with you. 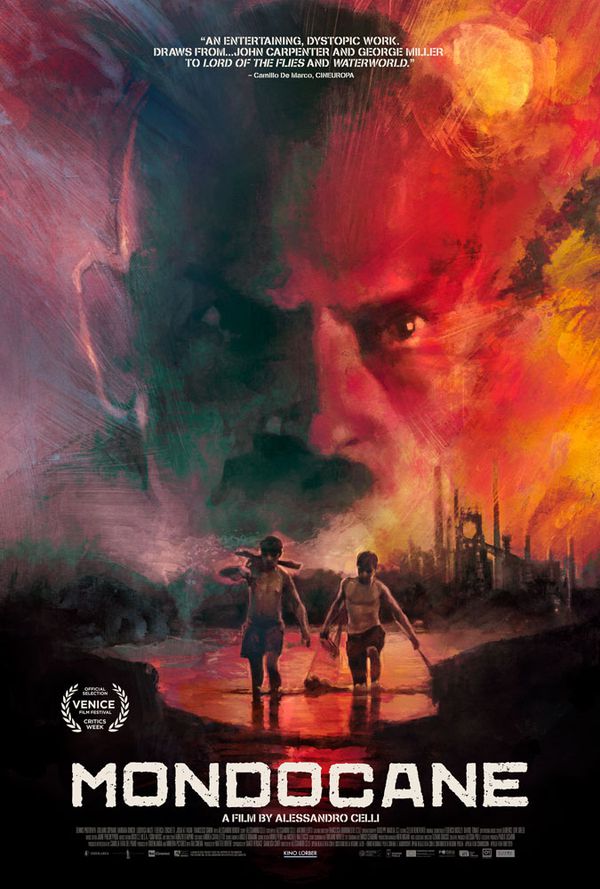 Taranto is a ghost town that no one dares to enter. The poorest are left fighting for survival, while gangs are competing for territory. Two 13-year-old orphans, who grew up together, dream of joining one of the gangs.