Jayne Mansfield, born in 1933 and killed in a car crash in 1967, was briefly one of the world's biggest sex symbols. Married several times and the mother of five children, she was a Hollywood star, a nightclub performer and an early Playboy model - and that's about all anybody knows for sure. When it comes to Mansfield, there's such an abundance of glorious rumour that the truth is very hard to pin down.

This is the basis for P David Ebersole and Todd Hughes' 'true story based on rumour and hearsay', a part-documentary, part-performance art piece which explores the more lurid aspects of Mansfield's life, acknowledging from the outset that what it has to go on is mostly material from the media, which the star was very good at manipulating. Parts of the story are set in a hairdressing salon where various women stage whisper about her, stressing their shock and outrage. Others are enacted through dance by an assortment of blonde bombshells (none of whom is in danger of stealing the show, not being possessed of Mansfield's particular assets). Still others are represented through cartoons, emphasising the cartoonish nature of the body and reputation she cultivated. Everything is very pink, of course, and her joyous, high camp laugh echoes throughout.

It's difficult to make a substantial film about something quite deliberately unsubstantial, and Ebersole and Hughes make no claims about being able to locate the 'real' woman behind it all, though John Waters pops up to assure us that she was in on the joke. Where the film gets interesting is in its exploration of the act, of the way Mansfield turned her life into a performance and used an artificial image to get the money and attention she wanted. In this she was ably abetted by her most scandalous associate, Anton LaVey, whose Church of Satan was as much about exploiting Hollywood imagery as any actual belief in the occult. The speculation about their intimacy, revealed through carefully staged photographs and strategically placed headlines, not only emphasises the naivety of the American public at that time but is rather charming in what it reveals about the playfulness and affection between two figures routinely stripped of their humanity.

The audience for this film is expected to be a little more savvy. Sources are frequently not mentioned at all, and when they are they are given no special weight, but it should be clear that the coroner's report on her death is likely to be more reliable than what was printed in the gossip rags. The various accounts of a lion attacking her child allow plenty of room for the assumption that she was a terrible mother, but reports of the child's injuries suggest this was simply a frustrated animal taking a swipe at an annoying human with no idea of how fragile humans are.

By piling on the evidence (such as it is) and inviting viewers to make sense of it for themselves, Ebersole and Hughes could be accused of failing to do their job; alternatively, they are offering viewers a mystery and giving them the chance to hone important skills. the sense of fun involved in engaging with the mystery is entirely appropriate to the subject matter. The information in this film may be of dubious character, but there's a great deal of it, and, of course, it's peppered with Mansfield's fabulously witty lines, strong reminders that nothing she did should be assumed to be accidental. There's also some great music inspired by her, though Sigue Sigue Sputnik sadly miss out. In all, the film is a sugary concoction that may be too much for some viewers, too slight for others, but fits very neatly into the Mansfield legacy. 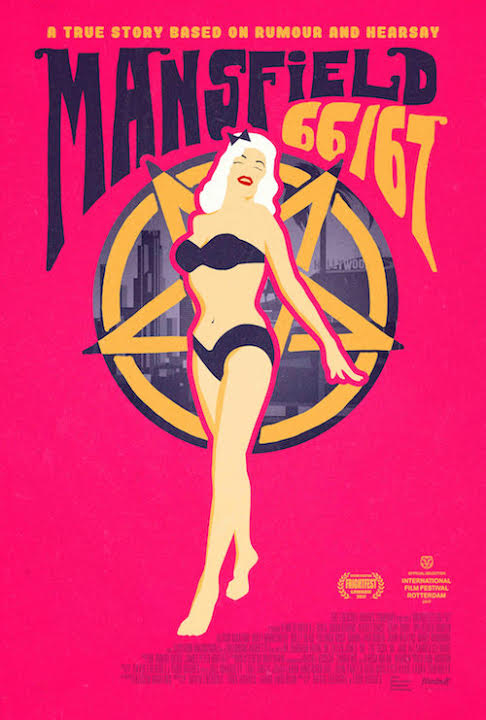 A documentary about the final years of movie goddess Jayne Mansfield's life and untimely death. Was that ill-fated car crash really caused by a curse after her alleged romantic dalliance with Anton LaVey, head of the Church of Satan?