Lisa (Abigail Breslin) is not having a good day. She's sick of her chores, her parents don't understand her, and she's dead. She's been dead for some time, in fact, as have the rest of her family, but she's the only one who's noticed. They just keep living the same day over and over again, but Lisa is looking for solutions. When she makes contact with Olivia (Eleanor Zichy), a girl who has moved into her house in the future, she thinks there may be hope. But Olivia could be in danger too, and a sinister figure warns her that her family will suffer if she fails to accept her situation.

We've seen onscreen hauntings portrayed from a ghost's point of view before, but Haunter is unusual in that it lays its cards on the table early, while Breslin conveys real fear in the face of supernatural goings on, something we're more used to seeing from the other side. As the story unfolds, she also finds herself haunting other ghosts, and the story begins to recall The Lovely Bones, but without that film's sentimentality or twee suggestion that no amount of brutality should be allowed to dampen a girl's smile. Lisa comes across as the kind of girl who never smiled much anyway, with her black hair and Siouxsie and the Banshees t-shirt; one has to wonder what the bad guy, who wanted his victims to stay cheerful and not consider the possibility they might be dead, thought he was doing when he targeted a goth.

Contributing to our impression of Lisa's character is superb set dressing, giving her room the palimpsest look of a place that has been built up organically over many years. This area is where the film is at its best, with her house firmly rooted in 1985 yet never looking cheesy. The lighting in these scenes recalls traditional incandescent bulbs; when we enter Olivia's time, everything is brighter, whiter and very differently designed. A trip back in time takes us to a beautifully cluttered, red-walled 1920s version of the house, and though the flicker added to the scenes is overdoing it a bit, the oil lamp tone works splendidly. This excellent work helps to anchor a film that has, in other ways, bitten off a bit more than it can chew, with enough story for a mini-series packed into just 97 minutes. On the one hand, it doesn't outstay its welcome; on the other, the weight of intersecting narratives sometimes distracts from the mood, and we don't get to know or care about secondary characters as much as we should.

As the instigator of the situation, Stephen McHattie deliberately eschews the carnival trappings associated with many horror villains, concentrating instead on tone of voice and a studied, sinister smile. This makes him feel much more a part of the real world, something which grounds the film but also threatens at times to make it unpleasant rather than simply scary or horrific viewing. Breslin is perhaps too convincing as a girl who is, essentially, trapped in an abusive home. There are strong echoes of Twin Peaks: Fire Walk With Me, particularly when Lisa discovers a ring, but the film also steps into more conventional horror territory with dark tunnels and the debris of death. There are a few ghost story clichés in the mix but tonally the focus is elsewhere.

Shifting into something more formulaic at the end, Haunter never quite seems to achieve what it's aiming for, but it' an interesting effort and Natali's strongest piece of work since Cube. 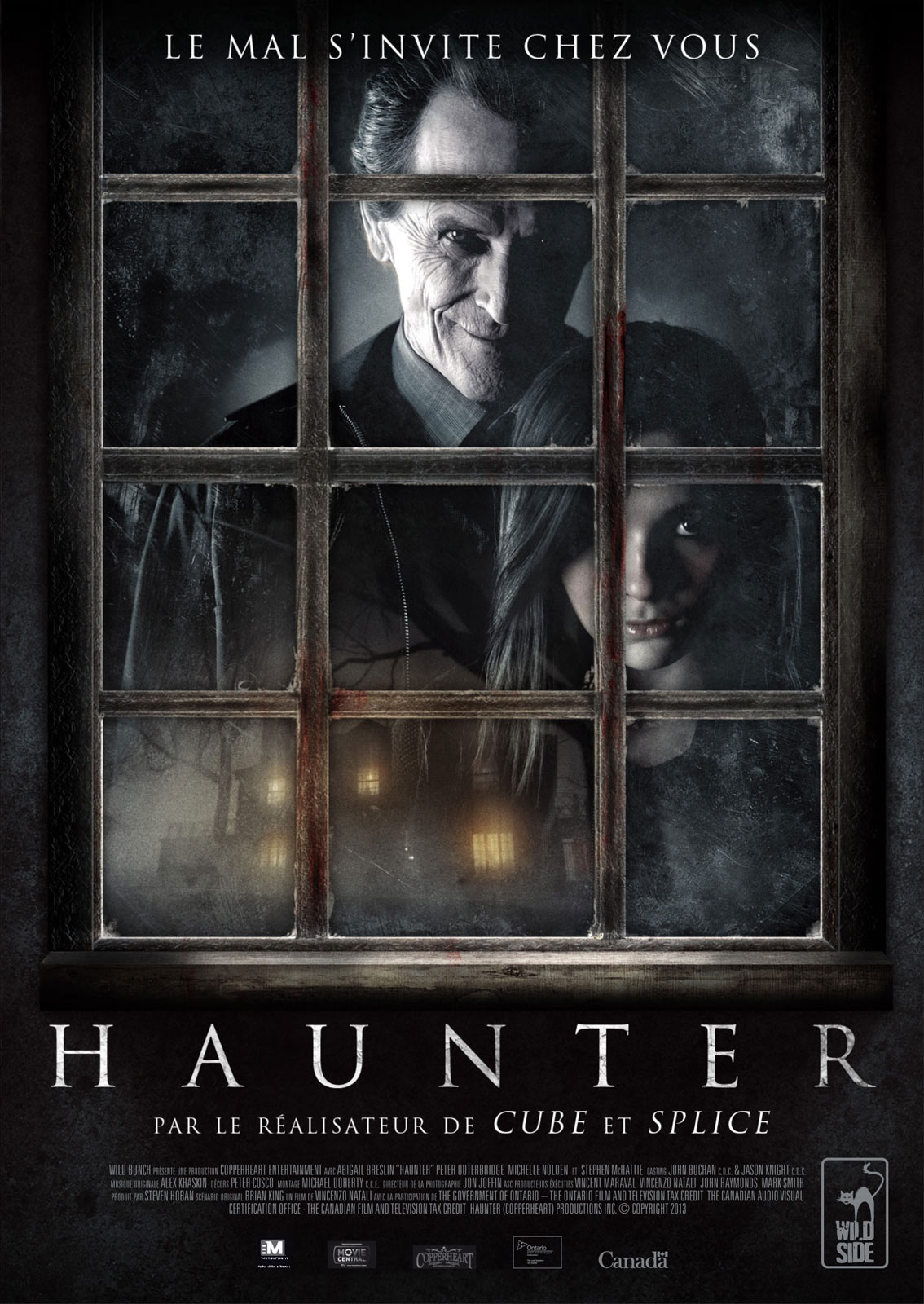 A spooky tale of vintage murders, time travel, and unclear boundaries between the living and the dead.