Documentary has enjoyed a deserved resurgence in recent years but as the market has thrived, there has been another interesting metamorphosis taking place, as filmmakers have begun to use the palette afforded them by the big rather than just small screen to examine the form of documentary itself and push the envelope. Last year Clio Barnard brought new artistic sensibilities to the genre and questioned the nature of memory and veracity in documentation through The Arbor. Now Alma Har'el - who comes from a music video background - wears her collaboration with her subjects on her sleeve, acknowledging the artifice of the documentary in general but then using that very thing to better explore the lives and loves of the people who populate her film, the residents of Bombay Beach on the Salton Sea.

Adverts for the Salton Sea proclaimed "the future is here" back in the 1950s. But now that future has arrived, the reality is considerably different from that imagined by the celebrity frolickers from the days when this inland sea in the Californian desert was a rich man's playground.

Old Red - one of three men of different ages who form the lynchpins of this documentary - knows what being a Salton Sea resident really means. "It's very unforgiving," he says. "No mercy." And yet, surprisingly, there is a community who live here and while their experience is a very long way from the American Dream espoused by those early adverts, this documentary shows that life for them is also a lot more complex than simply being a nightmare.

The other subjects here are little Benny Parish, whose attention span and "disorders" are regulated by an, at times, worrying drug regimen and teenager CeeJay.

While you might think that all the residents of this super-salinated basin might dream of is escape - you would be wrong. Red seems more than happy to spend the rest of his days there and teenager Ceejay, in fact, sees the "boredom" of Bombay Beach as an escape from the danger of his old life in LA's South Central.

This is a tough but beautiful landscape and it has bred tough but beautiful people as director Alma Har'el's film goes on to elegantly illustrate. There is poverty here but through a collaborative approach to her documentary subjects, she also helps them to shine a light on their own richness of spirit. What emerges is a sense of the importance of other people when material wealth is thin on the ground.

One of the ways in which Har'el gives her subjects greater freedom of expression that might usually be experienced in a documentary, is by incorporating choreographed elements of dance into her film.

The results - beautifully enhanced by scoring from Beirut's Zach Condon - are surprisingly disarming for a viewer. Initially, it seems dance may just be happening by chance but as the film progresses you realise there is a far greater involvement from the documentary 'subjects'. The expressive choreography conjures up an emotional dimension, leading this to have a spiritual resonance that reaches beyond a mere snapshot of their lives.

The surealist edge seems oddly fitting for a place so fundamentally weird as the Salton Sea, but also lends the film an elegiac and dreamy quality that makes you consider the reality that, of course, the lives and aspirations of those captured here run much more deeply than a documentary can ever show. 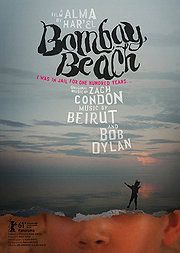 Experimental documentary about residents who live on the shores of the Salton Sea.