About Face: Supermodels Then And Now

"I suppose now I'm mostly referred to as a former model," says one of the women interviewed in this documentary. She's still working but she's comfortably over 40.

Turning the Where Are They Now? file upside down and shaking out its contents, this is a film with a remarkable cast of former A-listers. The most remarkable thing about it? Most of them look every bit as beautiful as they did when they were making the front cover of Vogue. We might ask, instead, why are they here? In a selection of interviews, the film attempts to puzzle that out. Why does every model need to look young? Do older women really long to make themselves look younger or has marketing become obsessed by a myth of its own creation? If beauty is about personality, why do most of today's preferred models look so bland?

It's heartbreaking to hear Isabella Rossellini, sharp-suited and gorgeous at 60, admit that she sometimes thinks about having plastic surgery. Others freely acknowledge they've had lots - "If your living room ceiling was falling down, you'd do something about it" - whilst a hairdresser confides that in his profession he knows everybody's secrets because he gets to see the scars. Jerry Hall, by far the most entertaining contributor to a documentary that sometimes gets a little dry, winces in horror at the thought (or recollection?) of kissing somebody who has had buttock fat inserted in their lips. She speaks gleefully of her youthful lack of sophistication, and it's clear she's still in leopard print because for her it's about having a good time.

Not everybody has had a good time, of course. There are numerous stories of careers blighted by fear. "I thought that at any moment they would figure out I was just a political refugee and send me back," says Paulina Porizkova. Many of the women always lacked confidence in their own looks. They describe entering the business in their teens and being devastated by the endless critique of their bodies. Calvin Klein makes an assured defence of the jeans adverts that hung on the sex appeal of a very young Brooke Shields, but many of the erotic photos shown here look exploitative. Then there's the drugs issue, and memories of Gia, who died of HIV-related complications at the age of just 26, having become a heroin addict. "Many of these models were just kids," says one industry professional, who feels now that they were taken advantage of.

Alongside this are further issues of representation. Bethann Hardison and Pat Cleveland discuss the struggle to change an industry whose uniformly white faces did nothing to reach a huge black and ethnic minority market, and there's an account of terrifying experiences when travelling in the Deep South. Anorexia doesn't get a mention, though some of the archive footage shows the women looking frighteningly thin, but several confess that they thought themselves ugly because they were skiny and flat chested. It's clear that such insecurities only made them more dependent on the catwalk and the attention that went with it, until age dealt the final blow.

Though it doesn't really go anywhere new, this film provides a solid document of a series of interesting lives, and succeeds in showing that being good looking doesn't equal being stupid or having nothing to say. Bringing the wisdom of age to bear on a societal addiction to youth, it bears witness to problems that go far beyond the industry itself. 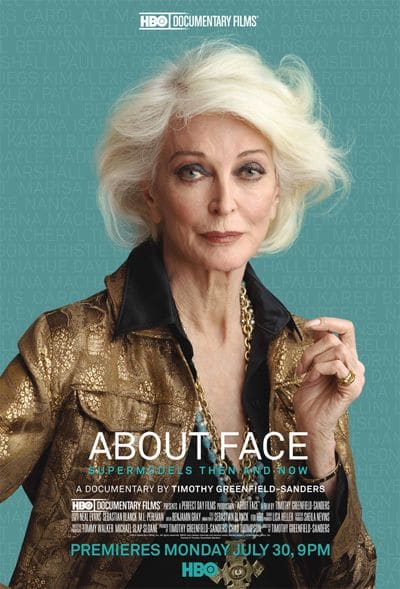 An exploration of ageing and beauty in the company of the original supermodels.