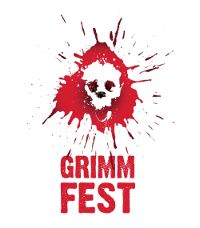 Night Drive and Motherly
Father Of Flies (Country: UK; Year: 2021; Director: Ben Charles-Edwards; Writer: Ben Charles-Edwards, Nadia Doherty; Stars: Nicholas Tucci, Camilla Rutherford, Davi Santos)
A vulnerable young boy finds his mother pushed out of the family home by a strange new woman, and he must confront the terrifying supernatural forces that seem to move in with her.
Full Review See: Interview with Ben Charles Edwards about Father Of Flies

Forgiveness (Country: Mexico, US; Year: 2021; Director: Alex Kahuam; Writer: Alex Kahuam; Stars: Alejandra Toussaint, Laura de Ita, Alejandra Zaid, Diana Quijano)
Three women mysteriously wake up in a hospital and discover that one of them is deaf, one is mute and the other one is blind; together they will have to figure out why they are there and how to get out.
For Roger (Country: US; Year: 2021; Director: Aaron Bartuska; Writer: Aaron Bartuska, Gwyn Cutler, Derek Pinchot; Stars: Michael Andrusiewicz, Jenna Gibilisco, Nicholas Paparo, Russell Ranere)
After receiving word of his partner’s passing, Roger travels to the desolate family cabin where they would often vacation together. There he begins to realize that someone has been watching them from the woods for years.
The Free Fall (Country: US; Year: 2021; Director: Adam Stillwell; Writer: Kent Harper; Stars: Andrea Londom, Shawn Ashmore, Jane Badler, Elizabeth Cappuccino)
Sara wakes from a coma to a life she doesn't remember; a fragile, slippery reality that spirals into a nightmare where nothing is as it seems.
The Guest Room (La Stanza) (Country: Italy; Year: 2021; Director: Stefano Lodovichi; Writer: Stefano Lodovichi, Francesco Agostini, Filippo Gili; Stars: Guido Caprino, Camilla Filippi, Edoardo Pesce)
The morning Stella decides to take her own life, a stranger knocks at her door claiming he has booked the guest room for the night.