Outside, the white snow blankets everything, blurring into the white of the sky, the bare brown trees like stitches binding them together. Inside the Victorian sandstone house which looks distinctly out of place here, everything is darkness, old wood, sepia and soot. The only item to recall the snow is the bright white wedding dress enfolding the small body of a girl who is, at most, 12 years old. This is Sara (Esther Vega Pérez Torres), whose much older groom, landowner Mr Porter, casts a shadow over everything yet is never seen. Visiting Tierra del Fuego to photograph her in her gown, Pedro (Alfredo Castro) tugs it down off her shoulders as he gets her to pose. “He’ll like it better that way,” he explains. He doesn't yet seem uncaring, but it’s his first step down a very dark road.

Sara’s path is quiet, removed. In one scene we see her ordered to undress – she has to get help with the fastenings – yet what must surely follow takes place offscreen. She barely speaks, as if implicitly comprehending her fate. Still, she is likely better off than the indigenous Selk’nam women we see who, when not being casually shot at, are treated as slave labour or passed around at parties, mocked and slapped and groped. It’s all too easy for fear in such situations to be eroticised. Director Théo Court gives us misery instead, so vast and aching that it is hard to comprehend how anyone might ignore it. To teach oneself to do so might be the final step on that dark road, beyond which lies utter inhumanity.

Pedro’s photographs are captured on tin plates. He carefully calculates the proper exposure, counts down the seconds. Tries to maintain the right balance of darkness and light. José Ángel Alayón’s brilliant cinematography echoes this approach, creating a film of cleverly interwoven contrasts. The images are everything. Pedro becomes so obsessed by the image of Sara that he quickly loses sight of her humanity, and his resulting transgression sees him facing potential ruin. As such, he is forced to accompany Porter’s genocidal expeditions, swapping his parlour room portraits for images which aim to make khaki-clad white men look heroic as they pose above the corpses of local people. The degree of coercion required to keep him there, however, seems gradually to fade as his focus is increasingly on the photographs rather than their subjects, leading up to a final shot in which, as the light fades, he artfully arranges the butchers and the butchered. It’s a recreation of a photograph of Julius Popper, the territory’s most notorious killer, out on the hunt with his men. The success of the film hinges on viewers understanding it differently today – and understanding that, had they been raised around such brutality, they might not.

Alayón has a deep understanding of this landscape and the photographic traditions on which the film is founded. Court is diligent in his management of movement, with the most vulnerable characters almost static unless physically moved by others, as if they were mere props, whilst Pedro’s capacity for movement comes and goes in accordance with the shifting balance of power. In the final scene, one suspects that the killers have begun to glimpse that it is, in the end, only the images that will survive. These are their legacy and as such the politics of recreating them are complex. Some aspects cannot now be recreated exactly; there are simply no Selk’nam people left. Any number of films have been made about men who took part in genocide for the sake of wealth, personal glory or empire. It’s something else to watch an artist, in cold blood, instruct a man to pose with his boot atop a murdered woman’s chest.

Blanco En Blanco is slow, deliberate, and shorn of excuses. Not so long ago, Chile refused to acknowledge these bloody aspects of its heritage. This film is its official submission for the 2022 Oscars. It is visually exquisite, drawing in the viewer, offering beauty as a sweetener to keep us attentive even when we want to look away, testing the balance of aestheticism and empathy within each of us. Ultimately, it will ask us to see. 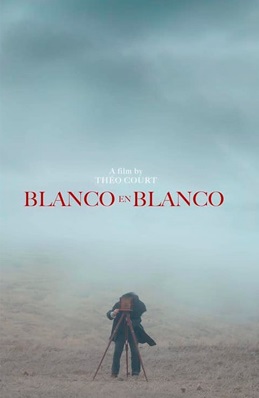 A man hired to photograph a wedding at an estate seized from indigenous people becomes obsessed with the bride to be after discovering she is underage.