Warning! Sorry: Warning. That is the name of the thing, but I hope I'll be forgiven if I admit that first time through I thought it was an actual, er, warning.

Now that I've seen it, I am inclined to think I was right the first time round. For, this is a collection of short sci-fi stories: four, five, six? It is not entirely clear because the landscape through which they move and the identikit characters that populate them are not sufficiently distinct to make the distinction clear.

Still, we have God - or God 2.0, as we must now refer to Him/Her/Them - packaged up in a neat Alexa-style black perspex pyramid. We have a morose android destined for dismemberment. An immortal young man who displeases his sociopathic mother by daring to suggest he is prepared to give up on immortality. Body swapping. Cyber stalking. And some ants doing something unspeakable to a tropical vivarium. It is possible that last was just part of one of the larger segments.

The whole is wrapped around by Dave, an astronaut left stranded in space after something - some freak event, it seems - messes up his space station and leaves him all alone. I think the Dave segment is meant to be meaningful. At any rate, it is how we begin and end, with a fairly unsubtle nod, in each portion, to 2001.

Albeit that this Dave’s disembodied voice computer seems less homicidal, more concerned with the cost of androids!

Thereby hangs both tale and a fundamental issue with the presentation of Warning. Because, despite being comprised of multiple stories we are supposed, I guessed after a while, to regard this as one world. At least that is what it suggests on the blurb: this is “the meaning of life explored through multiple interconnected lives set in the near future”.

Are we really, seriously doing films about the meaning of life in 2021?

And besides, are they? Like, are they really interconnected?

Small thing, but irritating to a pedant like me: the opening scene includes disembodied computer voice explaining how androids are super miraculous and very, very expensive. Two minutes later, in the first of the shorts, we find ourselves in a workshop for android hire wherein androids appear to be very cheap. So cheap, in fact, that after a period they become disposable. Like so many used cars,

Which is it? Pricey? Or cheap?

Meanwhile, a somewhat naïve God 2.0 owner is surprised to find her personal god not working too well after a reset. So she jumps into her car which she starts with a key and promptly backs into a car behind her. Again, which is it? A world where tech is super-duper changing everything? Voice-activated and radar enabled AI controlled cars? Or present day with a slightly different range of metaverse products on offer?

That is a real problem here. Because much of the point of good sci-fi lies in the suspension of disbelief, achieved not by realistic technology (like, warp drive and Star Trek transporters, anyone?), but by consistency and the creation of a plausible world in which to platform it.

Whereas the different stories tend to break that vision. Sure: each story has to it a kernel of interestingness, some more than others. But I wasn’t convinced they all belonged in the same world. Though, of course, that was what poor hapless Dave was there to do. One thing to bring them all and in the darkness bind them!

It’s a valiant effort from writer/director Agata Alexander, holding the ring for this Polish-US collaboration and - the comparison will inevitably be made - Black Mirror lookalike. Along the way it consumes a cast of useful and impressive actors, including Annabelle Wallis, Thomas Jane, Alex Pettyfer, Patrick Schwarzenegger, Alice Eve and Rupert Everett.

Trouble is, I’m not a fan of mini-morality tales (nor, for that matter, Black Mirror). I gave up on sci-fi with a twist, with a sting in the tail, at some point in my teens. So, while I'm not saying such films cannot be made, cannot engage or get us thinking, I certainly did not feel the least bit engaged by this.

What I was left with was a jumble of disconnection and several different but equally nasty tastes in my mouth. To be honest, if I want to feel that bad, I’ll just read the news. 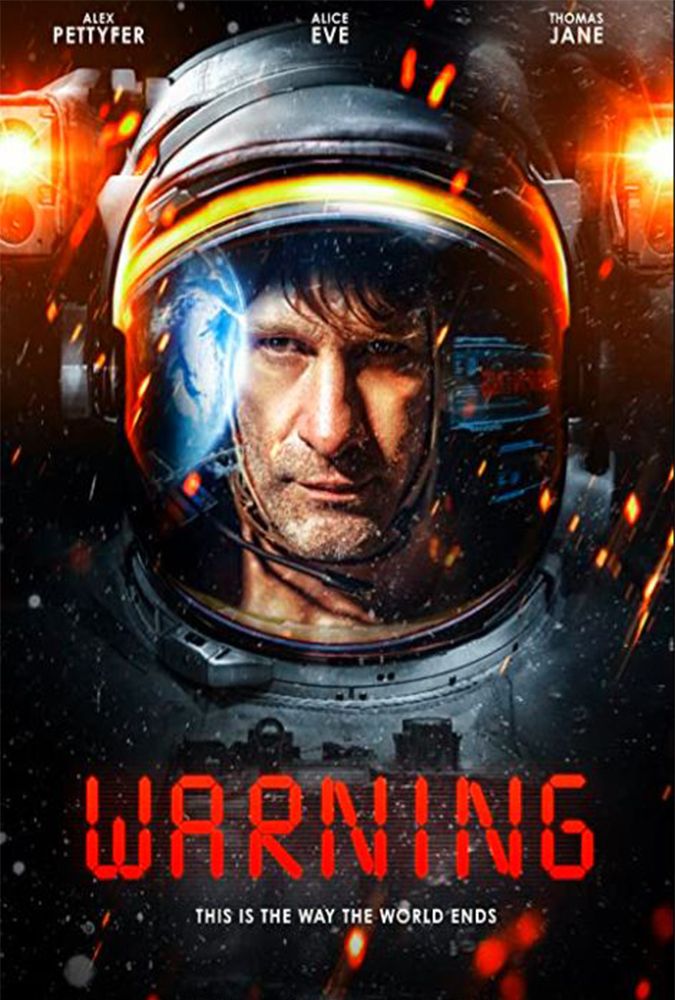 The meaning of life explored through multiple interconnected lives set in the near future.