Set in the harsh, unforgiving winter of post-Soviet Armenia, a small rural community struggles to come to terms with family loss and economic reality. Hamo (Romen Avinian) is a sixtysomething widower, forced to sell his much beloved household goods in order to make ends meet. Every day he makes the arduous journey by foot to his wife's grave, where he speaks to her soul and wipes the ice and snow from her gravestone. One of his sons is living a successful life in Paris, with his French girlfriend; the other - Dilovan (Ivan Franek) - is a dead-beat layabout, who spends his money on vodka, while on the lookout for a man with deep pockets to marry his daughter off to.

Nina (Lala Sarkissian) is in a similar boat to Hamo. A widow, struggling to make ends meet, she too makes frequent journeys to her husband's grave, where she wipes the ice and snow from his gravestone. Eventually meeting, the pair come to share common grievances and eventually form a poignant bond together.

Nasty, brutish and short are words that could be used to describe the lives of these people. But why should they? Not once do they whine, or cry for sympathy; they just get on with it, making the best of what they have. The fact that Hamo waxes lyrical about how good the old Soviet days were, hammers home how tough life really is. When Nina loses her job at the Vodka Lemon kiosk, she sheds a little tear, but moves on. Forced to sell her daughter's pride and joy - the piano - this is just another chapter of a very hard read.

Dialogue is at a minimum. In films like these, less if definitely more, and, here, less works brilliantly. Nods, gestures and broad statements cover much of what requires to be said. It's too cold to stand wasting words, and, boy, do the director and writers know it.

Vodka Lemon is full of dry humour. Mirroring the spirit of the afflicted, jokes and wry smiles are aplenty, as Hamo drags his wardrobe into town on his back, bartering with an old couple along the way and selling it to them, before subsequently bolting, knowing fine well they won't be able to shift it. In these parts, money equals survival.

There are some beautifully touching moments, particularly between Nina and Hamo, who, behind a weather-beaten exterior, is the complete old school gentleman.

In the subtlest of ways, Vodka Lemon makes you realise how good we have it, how the simplest of things can make the biggest of differences and how vodka lemon tastes nothing like vodka. 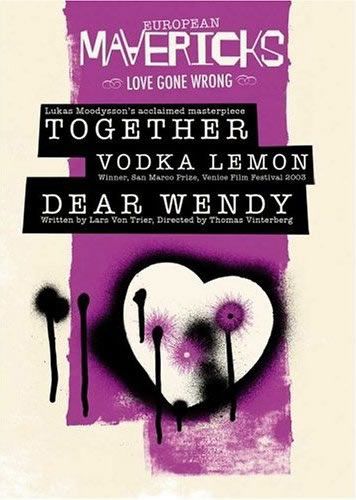 An Armenian village struggles to come to terms with economic problems and family loss amidst a very cold winter.