Village At The End Of The World

Tucked away in a tiny bay in northern Greenland, the village of Niaqornat seems terminal in more than one sense. Dependent on the seasonal visits of the Royal Arctic supply ship, it has struggled since the closure of its only factory. Now it has only 59 residents left. The sea ice that used to enable hunting is thinner every year. The demand for furs has waned. Annie, who has lived there through eight decades, is beginning to wonder if Niaqornat can survive.

If economic prospects are bleak, visual ones are quite the contrary. Hemmed in by mountains with giant bergs floating in the sea nearby, the village is astonishingly beautiful, and the clear arctic air enables the filmmakers to show it at its best. We spend a year there, watching it move through the five locally recognised seasons. Bright sun in summer and it's warm enough to go swimming. Fierce wind later, bringing spectacular, savage waves. Winter, when the sun never rises, and electricity, which has only been here since the Eighties, illuminates the little houses of the settlement. Annie explains who lives where. Most of them are related. "There must be some inbreeding," a rare tourist mutters. But there is no sign of it. These are capable, resilient, enterprising people.

Attracting tourists is one way of trying to bring life back to Niaqornat. "Nothing has changed here since the old days," breathes an enchanted Dane, whilst nearby, unnoticed, a small girl sits among the rocks playing on her laptop. The internet is a lifeline for these isolated people. It has brought the village its only recent immigrant, through online dating. It gives the only teenager some comfort and escape. Meanwhile, some of the villagers are communicating with business associates further south. They hope to buy out the old factory and run it as a co-op. They are down but definitely not out.

Intimate, engaging and appealingly optimistic, Village At The End Of The World does its simple job well. There are no grand insights here but its modest approach makes room for individual stories to come through and helps us to appreciate the similarities between these people and ourselves, even as we observe their different priorities. Some scenes, including the butchery of a whale, may upset some viewers, but are a fair reflection of the necessities of survival in the frozen north. There is no room here for sentimentality. The women are relieved when their men return from hunting trips alive.

This film is an invitation to visit a different world, and reminder of how hard things can be for those who choose to remain in one of the world's toughest environments. 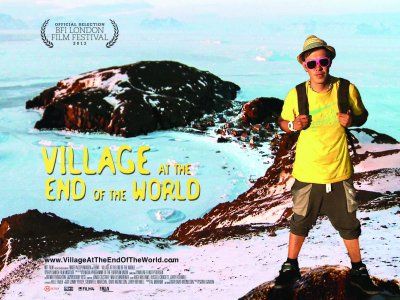 A portrait of Niaqornat, a remote village in northern Greenland with a population of 59.

Qimmit: A Clash Of Two Truths