The latest film from Six Feet Under creator Alan Ball is a period piece - but the subject matter of a gay man struggling to come out to his family also feels dated in a world where LGBT+ narratives - God's Own Country, Weekend, Tangerine and many others in recent years -  have moved to more complex pastures.

In the Deep South of the 1969, Betsy Bledsoe (Sophia Lillis) is living a largely sheltered existence in Creekville - the name of which only adds to the general unreality of the film. Her thoughtful Uncle Frank (Paul Bettany) - who "wears aftershave" and has moved to the bright lights of New York - is her idol and encourages her to embrace her own desires in what amounts to a Hallmark moment early in the film. It's no wonder Frank doesn't go home much, given that his family is of the God-fearing, do what your father says type, ruled over by the belligerent Daddy Mac (Stephen Root) - oh, and Uncle Frank's gay.

By 1973, Betsy - now reinvented as Beth - is heading for the big city herself, where she quickly discovers that Uncle Frank has been less than frank about his domestic arrangements with her mum and dad (Judy Greer and Steve Zahn) and is living with his long-term Saudi Arabian boyfriend Wally (Peter Macdissi in a sweet but broad role). If all this doesn't sound like enough plot - and in this, Ball's largely televisual background shows - hang on to your beer, because there's been a death in the family and a road trip back home is imminent. Frank, needless to say, does not relish the thought of return, especially when Wally decides to tag along, and, as if all that wasn't enough, he begins to be haunted by flashbacks to his childhood that, in another cliche for the pile, are driving him to drink.

Despite its dense plot, the story - and its wholesome but basic message of being true to yourself - is as predictable as the route back to Creekville and it is testimony to Bettany and Lillis that Ball gets as much mileage out of it as he does. Bettany's performance is thoughtful and Lillis - who has been making a name for herself as the young version of Amy Adams' character in TV's sharp objects - displays a similar sweet innocence to that which originally gave the older star her start in Junebug.

There's no doubting the heartfelt nature of this semi-autobiographical narrative that is at its best in its small moments rather than big gestures but the slide to final act melodrama only adds to the dated feel of the story. 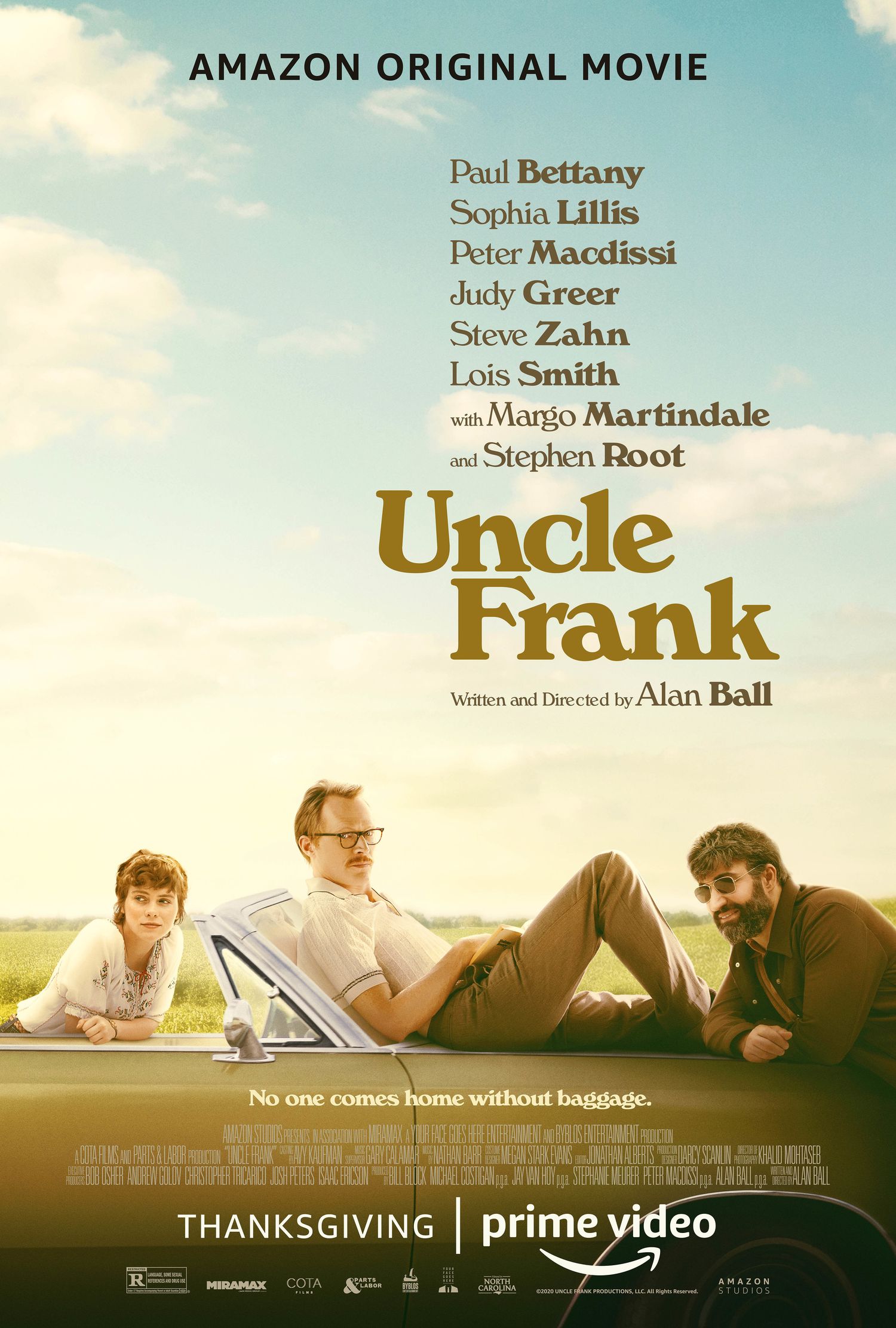 A teenage girl and her uncle go on a road trip to a family funeral, with his boyfriend in tow, as her uncle tries to come to terms with his past.