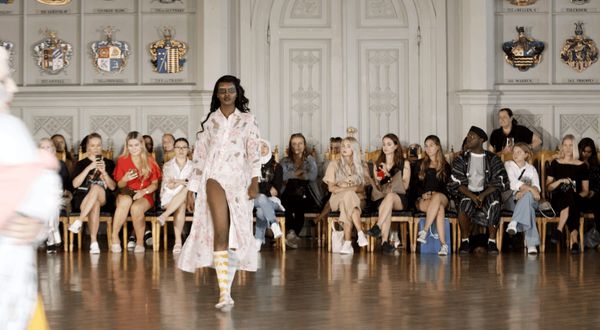 2020's Newfest was a blend of virtual and drive-in screenings. It opened with fossil-hunting romance Ammonite, which stars Kate Winslet and Saoirse Ronan.

Ellie & Abbie (& Ellie’s Dead Aunt)
In this romcom, Ellie’s dead aunt has the perfect dating advice for her. But will she listen to it?

Two Of Us
Two retired women, who have been in a secret relationship for decades, find their relationship turned upside down when the truth begins to come out.

Ammonite
In 1840s England, acclaimed but overlooked fossil hunter Mary Anning and a young woman sent to convalesce by the sea develop an intense relationship, altering both of their lives forever.

Tahara
A queer, coming of age drama set in Rochester, NY about an anxious teen girl who is manipulated into a romantic encounter with her best friend during the funeral service of their former Hebrew school classmate.

Kelet
Kelet is a young Somali trans woman who dreams of becoming a Vogue model. Leaving her family in Manchester to return to her childhood home in Finland, she draws on the support of her friends in the Vogue community to immerse herself in Helsinki's glamour.

Forgotten Roads
A lonely widow from the countryside moves in with her daughter in a small, conservative town, and falls in love with an independent married woman who sings in a bar.

Killing Patient Zero
The story of the man wrongly identified as patient zero in the AIDS virus crisis.

Cicada
A young man is forced to face past traumas when he embarks on a new relationship.
A-Z of NewFest 2020 reviews >>>

Back on the trail
Anna Kerrigan on depicting mental illness and creating backstories for Cowboys
Montana story
Anna Kerrigan on gender, casting and locations in Cowboys
Secrets you know
Barbara Sukowa and Filippo Meneghetti on Two Of Us
Hiding and seeking
Filippo Meneghetti on Two Of Us and working with Barbara Sukowa and Martine Chevallier
A flavour of happiness
Mike Mosallam on love, food, Superman and Breaking Fast