What on earth is going on in the world of film reviewing. Those of us who do it regularly have become inured to the pre-release reviews bigging up some anonymous work, peppering IMDB with a bundle of 10-star reviews from accounts presumed to belong to friends of the director and actors. For Twist, though, the process appears to have gone into reverse, with reviews on IMDB slamming in a whole load of low to embarrassingly low ratings just to make a point.

Did one critic actually award it a minus rating? Or was that just an errant hyphen?

Whatever:. I am going to do a passable imitation of that never quite published H M Bateman cartoon: “The critic who didn't hate Twist”.

The film is, as the title rather obviously implies, drawn from the Dickens original, Oliver Twist. Insofar as it is about a young lad called Oliver (Twist) (Rafferty “Raf” Law) whose mum dies young and who falls in with a band of thieves – including Dodge (Rita Ora), Batesy (Franz Drameh) and Red, aka Nancy (Sophie Simnett) - under the tutelage of villainous old codger Fagin (Michael Caine), it is a pretty faithful adaptation of the original. Which is to say about as faithful as a present-day Tory Minister caught unexpectedly in the glow of a CCTV camera.

Add, too, a truly villainous Sikes (Lena Headey), and a script that revolves around art fraud and deceiving dodgy dealer Dr Losberne (David Walliams), and you are good to go. Losberne, it turns out, does feature in the original but his plot here is decidedly new.

This is not Dickens, however much it shares character names and some rudiments of plot with Dickens’ work. Not unless the venerable Charles was actually a secret parkour fan or the only reason he didn’t write the first queer novel of the 19th century was that he was waiting for Oscar Wilde to invent it.

No, it’s a caper movie, owing much in tone and look to Now You See Me, which also starred Michael Caine. The young Oliver is decidedly older and more accomplished than the callow and largely absent young boy that is centrepiece of earlier films. That is not to dismiss the efforts of those who have played the role before, so much as to note that the distinguishing feature of traditional adaptations of this story is the naïve innocence of the eponymous hero of the novel.

This, coupled with the fact that Nancy is somewhat younger than earlier versions – one of the crew, in fact – means that her relationship with him is romantic, rather than maternal. Sikes and Dodge are both female: so, in addition to riffing off the suggestion that the girls can be every bit as accomplished, crime-wise, as the boys, it makes Nancy’s relationships lesbian, veering to bisexual later in the day.

My take? There is nothing special here. Twist does seem to be a movie set up to introduce and showcase Jude Law’s son, Rafferty. The latter is not bad, but nor is he anything special. There is also a sense that this film is top heavy. Over-powered, given the stellar line-up of stars that have come together to make it. Favours being called in, perhaps, to put together something that will give Rafferty some substance to cut his teeth on? The result is fare that is just a little too rich for my liking.

Still, what is this? Not so much a remake as a Sky movie destined very quickly for the small screen. Sure, it leans on a classic original. But it is ludicrous, as some of the Twist-haters do, to condemn it for failing to bring out the quintessential social commentary that Dickens provided. As if the 1968 musical version of the same, with all-singing all-dancing cast and large set piece numbers delivered on that front.

This is a modern Twist for modern times, targeted very obviously at a youthful marketplace.

“No singing. No dancing. And no happy ending,” as Twist intones at the outset. In fact (minor spoiler!), he lies: but you’ll have to watch all the way to the final plot twist (sic) and the excessively cheesy ending to find out how.

Plenty of loud music, some very acrobatic leaping around the tops of tall buildings and a script and dialogue that is nothing much to write home about. Apologies to young director Martin Owen, and writers John Wrathall and Sally Collett, for sounding so dismissive. Because in the end, I did not dislike this.

Treat it as classic remake – as some folk seem to – and you’ll hate it. Engage with it on its own terms, treat it as what it is, which is light, frothy and fun and it is a perfectly acceptable 90 minutes of entertainment. 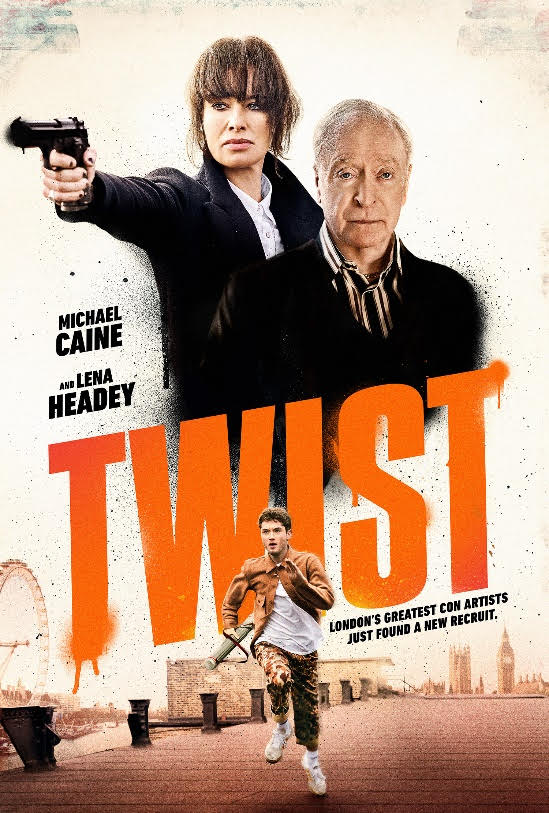 A gifted graffiti artist tries to find his way after the loss of his mother.