Eat your heart out, Midsommar! Because your position as murder capital, murder county of the world has been well and truly over-taken by…somewhere in America. It feels West Coast, but precise location seems irrelevant. Because This Game’s Called Murder is a homicidal saga centred not on where but who.

AKA 'Pumpkin' - a description she detests - and daddy’s little girl.

Mr. W’s big secret? He just loves to kill people. And his business provides perfect cover. He doesn’t really sell shoes, but the data he gleans from surveillance of everyone’s daily habits. Everyone! For if you are in reach of a phone or A N Other electronic device, he can get to you.

But, double, double bluff. Because the business is also a façade behind which he can shoot a motley assortment of actors and actresses, boys and girls desperate for their 15 minutes of fame. Did I say shoot? Why, yes: he shoots them., luring them into real life snuff movies masquerading as shoe commercials.

Meanwhile, mummy Wallendorf is planning to run off to Fiji with handyman Chad (Judson Mills), there to live off the proceeds of gold embezzled from the family biz.

So Jennifer must content herself with falling head over high heels for cute love interest Cane (James Lastovic).

Into this melting pot of murder and mayhem, toss a girl gang (including Annabel Barrett, Hana Liu, Martin Petraitis, Noémi Santo, and Nikko Austen Smith), high on coke and alcohol and one another. They bring chaos and catalyst to this outwardly unconventional order by robbing supermarkets, stealing trucks - and killing truck drivers. Along the way, they accidentally heist the truck containing Mrs W’s stolen fortune, sending her off the deep end and into a gruesome killing spree that will eventually encompass most of her household staff.

But it’s not her fault. Oh no. The mad woman in the mirror told her to do it!

Poor, poor put-upon Pumpkin. By the halfway mark, you may have started to wonder just what is the point of her. Well, stay with it. For in the end, amongst the blood and guts and greed and rank immorality, this is love story and romance. Romcom with slaughter.

It's a tale of redemption, sort of, in which love conquers all and goodness asserts itself once more. Or at least less badness. It is a role that Vanessa Marano occupies perfectly.

This Game’s Called Murder is dark, funny, outrageous, disruptive and, insofar as it acts as commentary on contemporary society, scathing. Maybe not that insightful. Though it has its moments: subversive scenes and some sharp, delicious dialogue. As Pumpkin observes innocently: "Don't talk – otherwise my dad will kill you."

The core message seems to be that people are basically selfish and given enough money, space or freedom, there is no limit to the depths of their indulgence. Just check out the party scene, where guests gorge themselves obscenely on the assembled goodies, smearing themselves with food like so many piggies at trough.

It feels like writer/director Adam Sherman had fun making this film. If you can cope with the blood and guts and gore, the excess, and the shock of sudden frenzied death, you likely will too. Just keep your eyes on Jennifer: for while Perlman and Henstridge are busy stealing every scene they are in, this is, when all is said and done, her story.

Listen out, too, for the suitably sleazy soundtrack, including Hell’s Bells from Cary Ann Hearst, Great Big Lust by Toledo Diamond, and I Love Little Pussy! Who doesn’t? 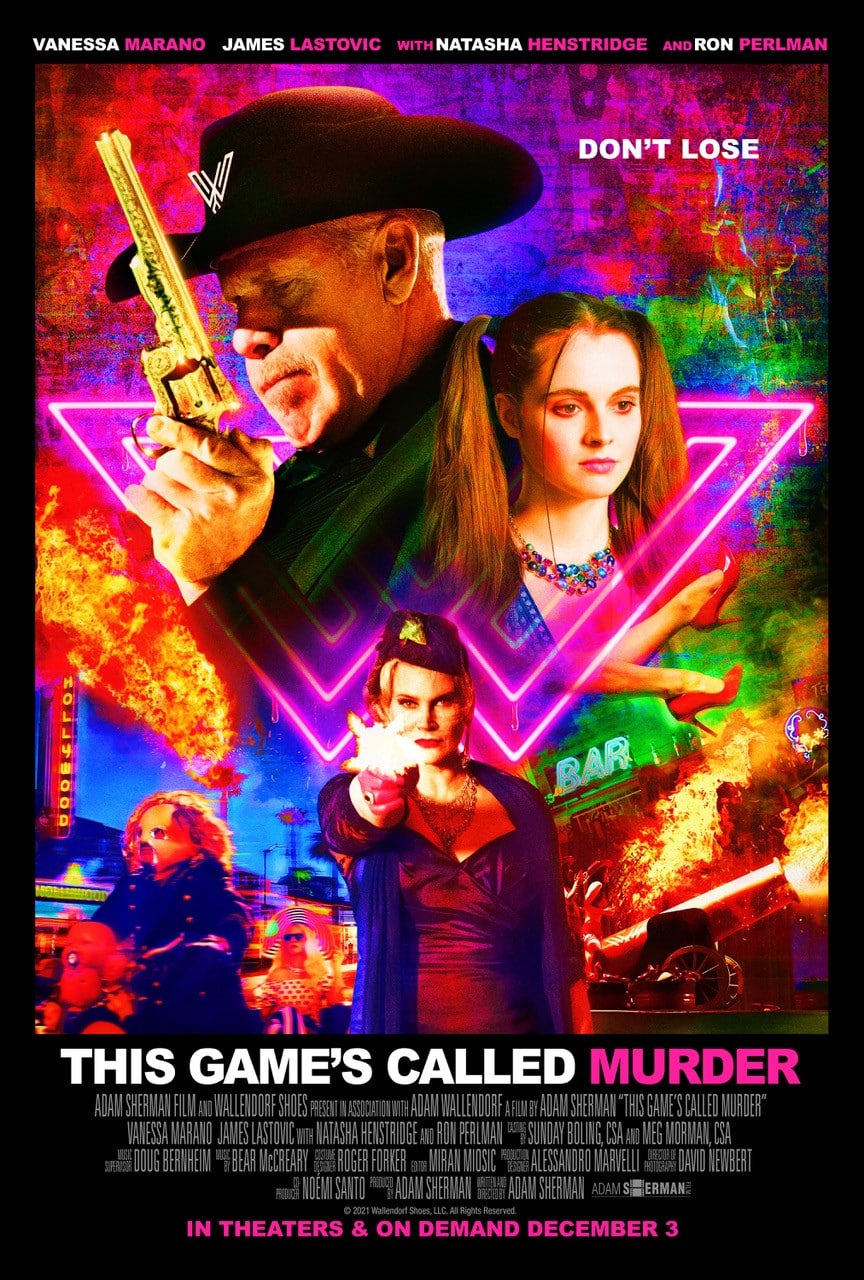 A family saga focused on shoes and homicide.