They Live In The Grey

Psychic investigators in horror films are a curious bunch. They tend to be troubled people, even if they hide it well, and outside of the comedy genre they are usually socially isolated, traumatised by the risk of rejection inherent in talking about the world as they experience it. Claire (Michelle Krusiac) carries the additional burden of having lost a child in an incident for which, like many parents in that position, she blames herself. Since his death, she has had recurring visions of him; her psychic abilities overlap with, and blur into, intrusive memories, making it impossible for her to move on. As a result, her relationship is also in trouble. “I can’t live in this grey with you,” says her partner, longing for a real emotional connection.

Claire tries to cope by pouring all her energy into her role as a social worker, but when she’s investigating a child abuse case and her psychic ability reveals that a malevolent spirit is at work, she is plunged into crisis. It doesn’t take the family concerned long to figure out what’s going on. Knowing nobody else like her, they beg for her help, but she feels that she simply doesn’t have the emotional resources to get involved. Of course, in actuality, it’s precisely the kind of challenge she needs to force her out of her agonising stasis – if she can survive it.

The film draws heavily on the tropes of Asian horror, and with Chinese American leads, it should have good crossover potential. It’s a film in which, rather than just doing damage psychologically or throwing a few objects around, ghosts are associated with knives, gore and copious amounts of blood. There’s a big focus on physical pain, but given Claire’s personal circumstances and the way she relates to the mother of the child at the heart of it all, the psychological drama still looms large. Twists appear pretty much where you’d expect them but the central themes still make an impression.

In keeping with the aforementioned style, most of the film is shot in dimly lit interiors, which contribute to its atmosphere of depression and ongoing stress, but once the action starts in earnest, it get6s so emotionally intense that it’s exhausting to watch. There’s no downtime in which to process what’s happening or relax one’s guard, so the only way that it can continue to shock is by continually escalating that emotion, until, for all the actors’ efforts, it becomes difficult to take seriously. A derivative, string-heavy score only adds to this problem.

Fans of the subgenre will find this an interesting project and, indeed, it may prove to be a significant one, introducing this type of horror to a new audience, and it does have a strong ending. Beyond that, though, it’s not a particularly good example of its type. A potentially interesting story about what it means to be a mother is overwhelmed by flashy but forgettable party tricks. 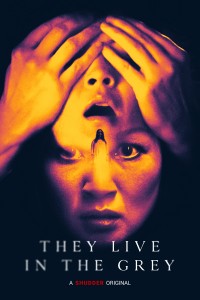 A bereaved social worker with psychic powers is persuaded to intervene after discovering a spirit haunting a troubled family.