The Social Ones, written and directed by Laura Kosann, is mockumentary on steroids. Mockumentary? Think Mock documentary and you are half way there. Throw in Chris Morris, Armando Ianucci and Brass Eye and you are getting it.

The concept is simple, take a serious subject, run it through the washing machine of a serious format – the documentary and mangle your outputs. Result, if done well, is usually funny, insightful and even, occasionally, makes real political points.

Like Brass Eye, again, which demonstrated that politicians were prepared to spout any old alarmist claptrap if told it is “for the sake of the children” and/or will enhance their self-image in the media. Which is more than relevant here, as The Social Ones drills down into the lives and anxieties of a group of social media “influencers”.

There's the wild-eyed chef, obsessed by frying things, stuffing everything in sight with cheese, and who divides up the food world into five food groups, one of which is pizza. There's the meme lord posting oblique wisdom on everything, while barefacedly explaining how he uses a word board and string to create (random) new memes. The pampered snapchatter hiding in his mum's basement. The body self-obsessed fashion blogger, who hires an assistant to follow her around, taking “selfies”.

If these are the filling in the middle of the sandwich, then the bread is provided by an equally over-serious assortment of hangers-on. Self-declared academics, relationship counsellors and, in pride of place, two young women who work for The National Influencer and provide the narrative background to the rest of the onscreen nonsense. Yes, they are planning a covershoot to feature their most important social influencers and, given the fragile nature of the egos involved, this enterprise makes “herding cats” look like a stroll in the park.

The key to liking this sort of film is having at least a passing affinity for, or understanding of, the issue being parodied. One part of the humour here is that it simultaneously attacks two groups of people. On the one hand, it has a pop at the types and tropes illustrated here. The self-obsessed. The deranged. The new breed of superstar whose fame is in direct proportion to their social ineptness.

Yes: we, the social media savvy know all about them and can laugh heartily at their ridiculousness while secretly hoping that we don't, y'know, fall for it in our everyday lives.

At the same time, The Social Ones provides warm sense of superiority in respect of those audiences – we all know them – utterly baffled by this sort of thing. They would happily turn the technological clock back to somewhere around 1957 when we had a sensible two channels on the TV and the phone was locked safely in a cupboard in the hall.

This film is definitely not for them. Rather, it locates its editorial stance in that golden place, between too much and too little, where we, the “woke” and the aware like to believe we are to be found.

Some of the scenes, with their merciless dissection of narcissism and social inadequacy, feel like documentary first cousin to spoof news site, the Daily Mash. The relationship counselling in which it is revealed – gasp! - that he posted a pic of his partner to his instagram account and he failed to tag her. Oh, My, God... The horror!!!

Nothing wrong with that. Personally, I like a good spoof. But I do try to rein my gloat in. It is a little too easy, with works like these, to become just that bit too smug. To decide that since we don't suffer these failings we are all round better people.

Towards the end, the film breaks out of its mockumentary straitjacket to become, briefly, something else more akin to conventional drama, with at least a nod towards The Matrix. But if you want to know how, you'll have to watch through. No spoilers here, other than to suggest that the conclusion might just be that the ultimate social media trend is to reject all social media trends.

Still, there is more to The Social Ones, which undoubtedly contributed to its winning the 2019 Audience Award for Best Comedy Feature at Cinequest Film Festival. Thanks to a great ensemble cast, including Richard Kind, Debra Jo Rupp, Jackie Hoffman, Peter Scolari, Stephanie March, Nicole Kang and Colton Ryan, it gets away with delivering lines of utter absurdity with a deadpan seriousness that in lesser hands would fall flat.

“I want to see what my pie is seeing,” declares one of the self-obsessed, before ordering her sad assistant to stick his hands into a hot oven.

The psychologist diagnosing “acute nostalgia disorder”: an ailment whose sufferers are reduced to “playing mario kart all day” and “searching for the last blockbuster store”.

And “we don't want to drive anyone insane, especially not someone with 25 million snapchat followers”, admit the pair organising the covershoot. Ludicrous. Unbelievable. And yet...at the back of my mind a niggling suspicion, a thought that somewhere, in an avant-garde publishers, an the marketing department of a social media start-up, there really are people thinking, talking, like this.

The Social Ones is streaming on digital platforms worldwide and is both funny and insightful. Catch it. 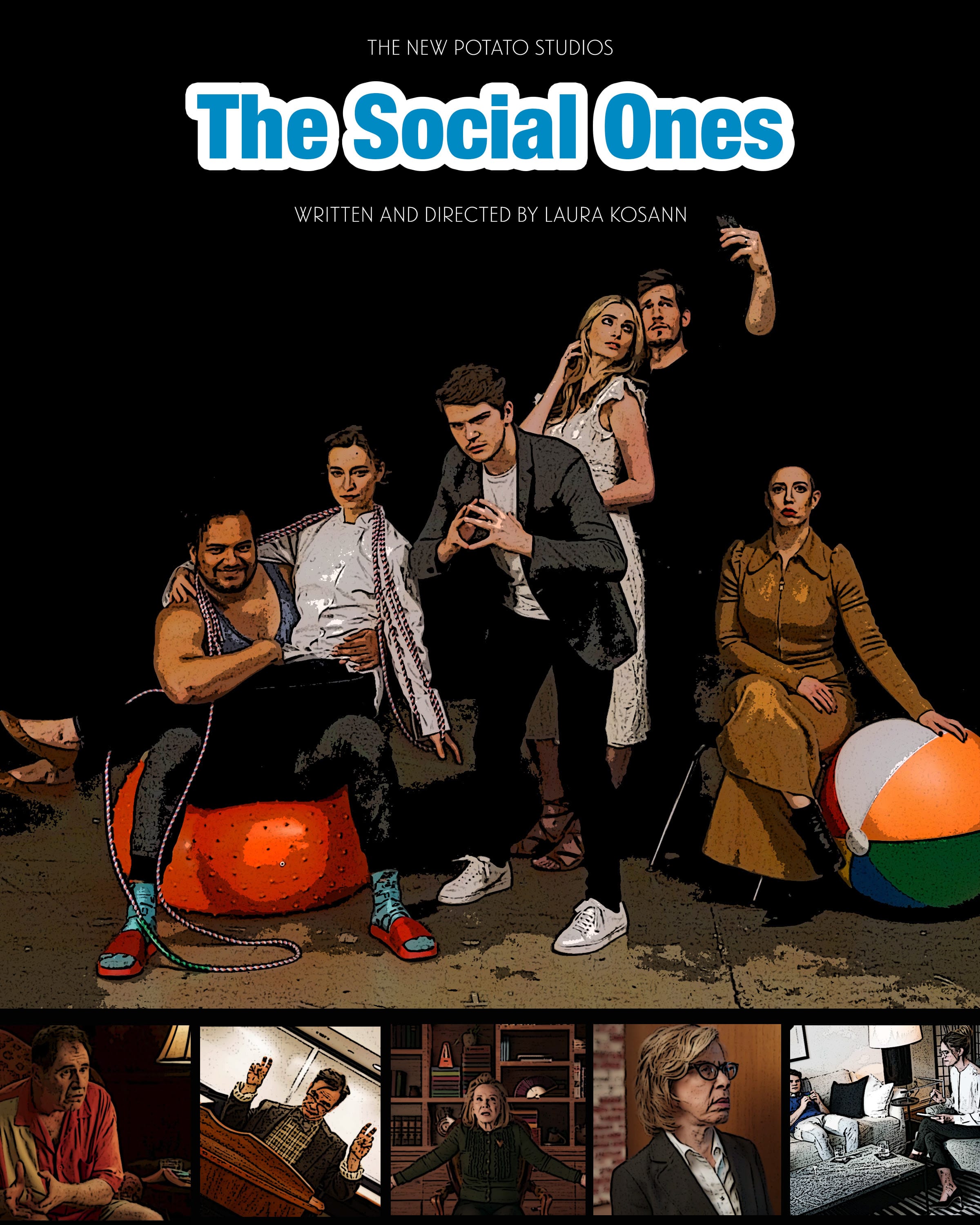 Mockumentary about the lives and anxieties of a group of social media “influencers”.