The Red And The Blue

An affectionate yet insightful look at the relationships between teachers and students in an Italian high school, The Red And The Blue is a real charmer despite moments of bleakness. It explores a wealth of social issues wthout ever feeling like it's preaching and the upbeat ending reminds us why people are drawn to this challenging profession.

Professor Prezioso (Riccardo Scamarcio) is a young supply teacher convinced, like so many before him, that he can break through his students' resistance to learning by being exciting and new. He unwittingly breaks through to the chemistry teacher (Elena Lietti) who develops a crush on him though, with her shyness and her existential fear of photosynthesis, she's all too easily overlooked. Meanwhile, Prezioso risks getting a little too close to troubled and flirtatious student Angela (Silvia D'Amico). The head teacher (Margherita Buy) finds herself drawn reluctantly into a pseudo-maternal relationship with a boy whose parents have abandoned him, while dusty old cynic Professor Fiorito (Roberto Herlitzka) is about to have an encounter with a former student that will change his life forever.

Interweaving these complex stories with confidence and grace, the film also reminds us of the ones who fall through the cracks. Sometime A-student Adam (Ionut Paun) risks finding himself in serious trouble as he is drawn into the orbit of narcissisic teen rebel Melania (Nina Torressi), with the immigrant father who has sacrificed everything for him perhaps the only one who can save him. The tragedy of the teachers' blindness to his situation is paralleled by observations about cutbacks and farcical fights over chairs. There is never quite enough to go round. Fiorito warns the younger teachers that emotional resources are also in short supply. Merely avoiding sexual contact might not be enough to protect Prezioso from the destructive feelings that caring too deeply can bring. Angela, for all her bluster, is painfully fragile.

Shot with an unobtrusive elegance that sometimes gives it the character of fable, this smart and enjoyable film is well worth an hour and a half of your time. 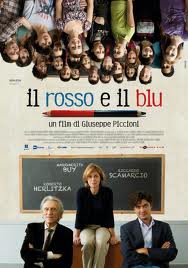 Bittersweet personal stories interconnect in a high school in Rome.